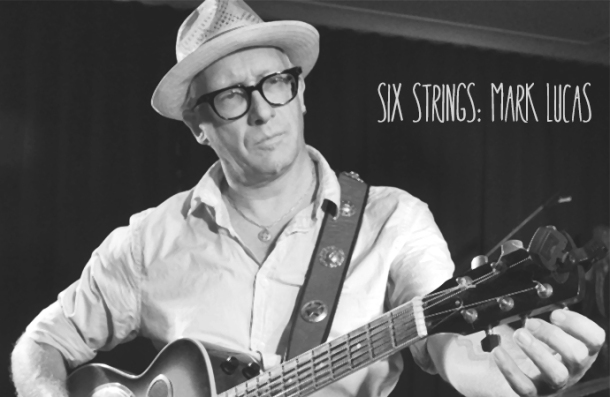 The latest instalment of Six Strings, where we focus on an Australian or New Zealand songwriter and dig into their musical psyche, opinions and memories via our Q&A. This one features Mark Lucas, a long-time stalwart of the local Sydney scene who arrived here from England at the dawn of the ’80s and went on to played with numerous bands including his current group The Dead Setters. Lucas is also the current president (and booker) of the Petersham Bowling Club, a community based venue that has thrown off the shackles of the pokies and a fading club to build a vibrant venue that caters to families, musicians, craft beer lovers and more. 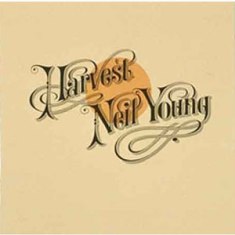 Well, that was a while back now – I’d say either Workingman’s Dead back in boarding school (apart from British folk artists, the Grateful Dead were probably my main conduit to folk / bluegrass & hard country back in the early ‘70’s), or Neil Young’s Harvest (I listened to side 2 on repeat for a couple of hours, having ingested some particularly fine LSD at a party in 1974, the year I left school…I guess it stuck with me, particularly when I started busking in the London underground and was looking for material).

One of the great things about playing live is that when you get ‘in the zone’,  so-to-speak, even the smallest gig can be magical, but there’ve been a few special ones.  Playing the main stage at “Country Rocks” on Australia Day 2003 with the Opera House as a backdrop was pretty awesome and, more recently, opening for British country pickin’ legend and Emmylou Harris’ Hot Band member, Albert Lee at the Petersham Bowling Club was a buzz.

Apart from a handful of jazz guitar lessons when I was 20 or so, from which I learned some neat chords I still use but couldn’t begin to describe, I’m pretty much self-taught. I bought my first guitar, a Terada acoustic, from a kid at school, as he wanted to give up to study, I had other ideas. I essentially I learned from records and hanging with better players.

I’d probably have to say ‘For Everything Else I Got You’, a cut off my 2005 White Man Soul album; partly because I wrote it for my wife and I think it captures something, but it was also one of the last songs I entered in a song comp and was finalist in the Americana section of the 2006 International Songwriting Competition. That said, I’m currently feeling at a creative peak and happily one of the great things about songwriting is that there are no restrictions – the rites of  passage continuing to provide a wealth of inspiration, so from the next album? – definitely a contender or two.

Apart from the fact that I’d be worried that the experience would scare me into tangle-fingered, awed silence, I’d have to say Guy Clark or maybe Rodney Crowell, both songwriters who have a poets touch but who are not afraid of the dark (pun intended).

There’s always been a nascent folk / country scene in Sydney which has ebbed and flowed. In the mid ‘90’s, when I first got back into roots music with The Parwills, there was a great scene based around the Britannia Hotel on Cleveland Street. There was even cross-over with mainstream Australian country before it became as poppy and disposable as its US counterpart, so we’d see folks like Troy Cassar-Daley and Kim Cheshire’s band, The Wheel, as well as there’d be bluegrass nights etc., but eventually it all kind of withered on the vine. This was pretty much pre “Alt-Country”, although you could hear the scene developing in US releases.

The current scene, with so many youngsters digging right down into the good stuff, especially the songwriters, is very encouraging. I have strong feelings about the importance of roots music and healthy culture. Going right back to early times people tell their stories and preserve the best of themselves through music and the arts, it’s essentially the well we all draw from. We need that to preserve the essence of life, grow as a nation and help preserve the integrity of democratic process. Sounds high-handed maybe but I believe it to be a powerful truth.

As to the future – as long as folk work together like they are now and maintain the love, nurture the next generation and stay true to themselves, then I think the future is in good hands. I try to to do my best to encourage and support that through my work at the PBC.

As of writing, Joe Henry’s Invisible Hour, I caught him at the Basement on his recent visit and, although better known as a producer, he’s another fine writer with a poet’s ear; also Willie Nelson’s Band of Brothers – it’s such an inspiration to hear him writing again, I’ve long wanted to be Willie when I grow up.

I’ve two albums in the works, looking to release next year (celebrating 60!)– a solo project with Brendan Gallagher co-producing and engineering, and the 5th Dead Setters release. The Dead Setters are not a touring outfit as, although we’ve been together a decade now, the guys all play in so many different outfits and have kids and day jobs etc., it’s almost impossible to organise us in one place. I’ve also lost one marriage to the music industry, and never want to go though that again (although I did get a shit load of material out of the break-up ; ) That said, I am looking to start to get out a little further afield with the solo record as it’s high time I stopped hiding out in front of the band and gave the songs some air. Watch this space…

🎶 @johnmellencamp new album out today! Sounding more and more like Malcolm Holcomb with that voice.
🎶It’s Hank night here at PTW HQ! What are you listening to?
Check out the brand new issue of @rhythmsmagazine which includes our regular Waitin’ Around To Die column plus reviews of new albums by @myleegrace and @alex_hamilton_music - out now on @lovepolice Records + Tapes.