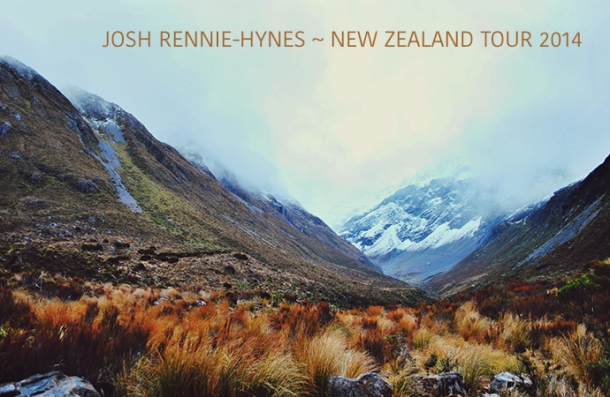 Josh Rennie-Hynes is currently traversing a large swathe of New Zealand on his first national tour across the Tasman Sea. Post To Wire is proud to be involved in the tour and Josh is kindly sending back some pages torn from his tour diary where he rates the local cuisine, ejects talkers, meets friendly canines and is reunited with relatives and family friends. The tour kicked off earlier this month with the first show in the hometown of NZ’s living musical legend Neil Finn. 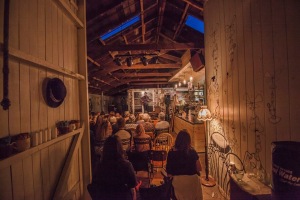 I’m fortunate enough to have my sister joining me on the North Island run of shows, acting as my tour manager/merch seller/life adviser/controller of hangovers. She picked me up from Auckland and we spent the day driving down to Te Awamutu. We saw some beautiful countryside and took our time. So much greenery, my brain started to melt a little bit compared to the brown that one gets used to in Australia. A few times I had to close my eyes to make the brain fry cease.

We stopped into every op-shop we could find. I found one shirt worthy of purchase. It is brown and white, kind of retro. I drank three coffees on the drive – Probably too many, folks, I had the caffeine shakes. We got into Te Awamutu in the mid afternoon and found the venue. It didn’t look like much from the outside, but upon entry, I was blown away. Such a cool space, an intimate and cosy venue in the shell of an old bakery from the early 1900’s. The crowd filed in and I hit the stage at about 8:30 pm. Amazing atmosphere. Amazing crowd. Couldn’t have asked for a better show to kick the tour off with.

I’m stopping into Hobbiton tomorrow on the drive across to Napier on the west coast. Holy shit I’m excited. That is all. Goodnight.

Yesterday we made the drive across from Te Awamutu to Napier with some rather splendid stops along the way. The first of which was the set of Hobbiton. It was fucking cool. Spent a few hours there, doing the rounds, visiting Samwise and Frodo and what not.

The next stop was Rotorua, it’s this super magical little town that has all this crazy, thermal activity. There’s steam coming out of the gutters and the place smells like rotten eggs but it’s a really beautiful town with lots of bubbling mud pools. From there we went on to Taupo. We had gelato whilst sitting on the lakeside looking out, with a snow capped Mt Ruapehu overlooking the whole experience in the distance.

I arrived at the Cabana at about 7 pm. Upon entering the building I quickly learned that this place was somewhat of an institution for touring artists, both young and old. All of the walls are caked in posters from across the years, really cool. Tim Rhoades is opening the next few shows for me on this North Island run and it was a pleasure to hear him play for the first time. Being a Sunday night the crowd was small, but the ones who were there were a pleasure to play to. The bar guy, Brad, was a lord. He ended up locking the doors and we all had a jam for a few hours. Fleetwood Mac covers were getting a solid working over amidst a few whiskeys. My Auntie and Uncle came along too, first time they’d seen me play, so that was rad. Next stop – Mt Maunganui!

Did the drive up from Hawkes bay today. Saw some lovely scenery. More green, just for a change. Haha. The drive took about 3 and a half hours. We got set up with accommodation at my cousin’s house (who I haven’t seen in a long while). They have a dog called Wilson and he was fucking cool, we were instant buddies. After a shower and spruce up, we headed down to Mt Maunganui to check it out. Found some more great op-shops. I tried on a 50 cent shirt. I didn’t buy it. But I did buy a black beanie to keep my cranium warm.

I was having pizza withdrawals and my sister and I decided we needed to rectify that problem. We found this really quirky little pizza store with a great set-up. The pizza was good, but not great. I’d probably say a 6 out of 10. I made friends with a seagull over the course of the meal.

After dinner it was time to head to Major Toms for soundcheck. A cool little venue and it was also their opening night. The crowd were fairly receptive, although at times quite noisy. I guess it’s hard for owners to draw the lines between being a dedicated music venue, or a bar with music as background noise. Regardless, I had a lot of fun, and met some of the lovely locals over a whiskey or three. The sound guy – Nigel, was from America and he was a lovely dude too. 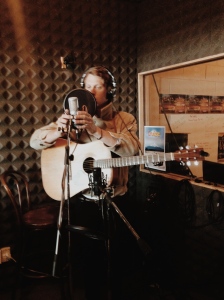 We rose early to get on the road as I had to be in New Plymouth for a radio spot at Cruize Taranaki. We got in at about 3 pm. These guys are legends. They’d been running ads for my show and giving my songs regular spins. There seems to be some really great hubs and grass-root support networks throughout regional NZ. It’s great to see and great for artists such as myself too.

After the interview we popped into the venue to drop my gear off. We hadn’t eaten much that day so we went on a journey across New Plymouth to find something tasty. In the end we stopped into a kebab store. Before you judge, it was one of the best falafel kebabs I’ve had in a while (and I eat a lot of kebabs, the quintessential after-gig meal) I’d say an 8 out of 10. Super fresh, home made falafel. Delicious.

Time to find accomodation. We found a little place called Duck and Drake. They had two Border Collies, one called Annabelle, and I can’t remember the other one’s name. They were awesome. If you haven’t figured it out by now, I love dogs. We headed back into town to stroll around. I stopped into a music store and played some guitars. We found a bar and had a beer or two, and then it was time to head to the venue.

Soundcheck was smooth, and the sound in the room was great. The sound guy was a bit cantankerous, but that’s something else you get used to and learn to deal with. A lovely couple called Nancy and Lloyd had come down to the show. They’d driven from their dairy farm, one hour away in South Taranaki. Turns out they were friends of my Uncle and had also known my Dad before he passed away. She asked me if I played that ‘rap crap’. I guess that means she saw my 50 cent selfie. Haha.

Tim Rhoades kicked the night off again, he played a great set. I took to the stage at around 9, and my set was a bunch of fun. Lots of banter and piffle talk. I tried to get Nancy up for a song or two (she’s a country music singer) She wasn’t interested despite Lloyd’s encouragement. I’ll get you up next time, Nancy. Adios New Plymouth, Masterton tomorrow!

trying to get to Masterton…

We rose fairly early this morning and went hunting for breakfast options in New Plymouth. Found an exceptionally good vegetarian café. I had some fresh made salads and a pie. It was delicious. Probably more of a lunch meal, but I was needing something healthy. I’m going to say 9 out of 10.

My sister took over the driving duties and I had a little snooze as we made our way down to Masterton. It was about a 4 hour journey. In between naps, I caught some beautiful scenery along the coastline. We also picked up a Kathleen Edwards record in Napier. It’s called Failer and it’s great, it’s been getting some solid stereo play. We pulled into Masterton at about 5 pm. Cool town. Some beautiful mountain ranges around this area. Snow capped and what not, which always gets me fairly excited. If you haven’t worked it out by now, I also love the cold weather. Opposite to my sister, who was freezing and is generally always colder than me. Meanwhile I have the car window right down with a smile on my face.

King street live is a fucking great venue. Great sound, great room, professional all around. Soundcheck was a breeze. Then I ate a mushroom pizza from the venue. Also delicious, 7 out of 10. Sam Tanner opened up the night and he sounded great, lovely human as well, as was his wife.

I got on stage at about 9 pm and I had a great time up there. The sound was mint and the room had a great vibe. Other than this one super-loud guy, who I somewhat asked to leave, after putting up with him for long enough. And he did, which was great. I went completely acoustic for my last song, which was ‘Lucy’. That was a really nice moment as were the crowd sing-alongs, and the happy birthday dedication to a guy called Tom. Fantastic gig, good times. Hastings tomorrow! 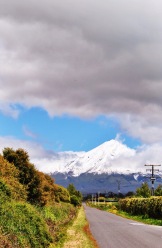