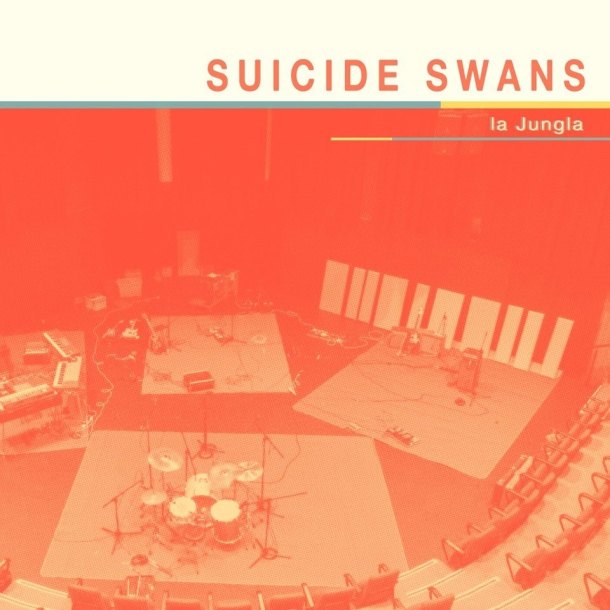 Suicide Swans are seemingly a band on a mission. The dust has barely settled on the release cycle for their excellent Augusta album of last year and they’re already releasing it’s followup – the sprawling, psych, rock and cosmic country double album that is La Jungla.

Recorded live in one day in an amphitheatre, the band hit the ground running with some of the songs played for the first time on the day they recorded them. That tension and lack of preconceived form and over-rehearsed perfection makes this set of songs a wonderfully dynamic and immersive listening experience. From the surging, rousing three and half minutes of ‘See You In the Mountains’ to the glorious slow reveal of ‘Here On Out, Turn Off The Lights’ which recalls the evocative terrain of Dirty Three soundtracking an epic western tale, they run headlong into all corners of rock ’n’ roll. Singer and songwriter Kyle Jenkins has the perfect voice for the music that Suicide Swans conjure up. It’s gnarled and parched, slightly broken and weary, with the right balance of beauty and trauma. On the dirty jerk and stomp of Willow he sings of lightning and thunder, hollering gleefully over the distorted blues racket.

Suicide Swans clearly put few restrictions on their creativity and and it serves both them and the listener well. With a creative itch pushing them to stretch out, they’ve got the balance between chaos and clarity near perfect on this ambitious album.

NEW RELEASE: Tony Joe White, Smoke from the Chimney (Easy Eye Sound)
🎶 NEW MUSIC: Ruby Gilbert – No Vacancy
The new May/June 2021 issue of @rhythmsmagazine is out now, including our regular Waitin’ Around To Die column, an interview with @the_family_jordan and review of their album plus the new records by @katiebrianna and Kyle Jenkins of @suicideswans