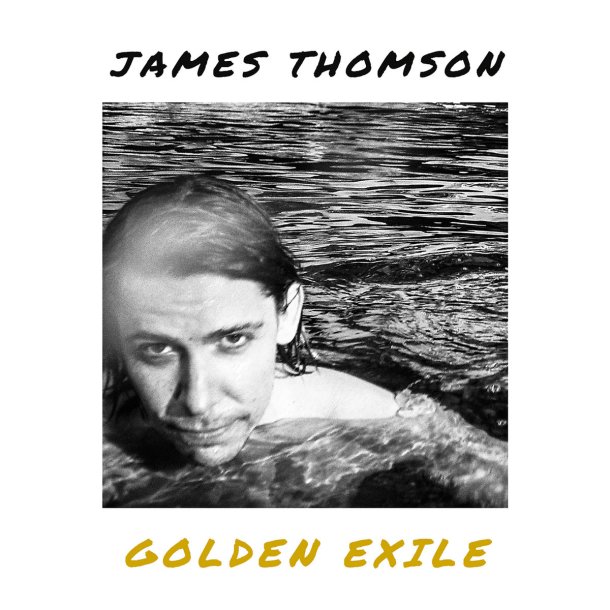 Thomson returns with his third album, and his most accomplished work to date. Golden Exile is a record that will bring to mind the loose rhythms and grooves of The Rolling Stones and the melodic nuance of The Beatles. Throw into the mix that sweet intersection of 70s folk rock and country soul and you’ve got an early contender for local album of the year.

Thomson has always had the ability to create his own languid tempo and warm, flowing sound and to achieve that on this record the Novocastrian drew on a mainly Melbourne cast of players including Roger Bergodaz (engineer, drums), Tracy McNeil (backing vocals), Sean McMahon (guitar), Steve Hadley (bass) and Shane Reilly (pedal steel, keyboard). Their treatment of Thomson’s stories and relationship dissection is restrained and in perfect taste. They rock when they need to, gently intertwine when required. Above all, they highlight Thomson’s voice and the way he constructs his songs with economy and that sleepy melancholic voice.

‘Sunday Girl’ is the closest Thomson’s got to a pop song, ‘Roll Away The Stone’ is smoky, winding blues, while ‘See The Wheels’ could roll on forever with its effortless groove. ‘Fatal Ribbon Highway’ is a dreamy slow dance, cosmic, heavy-lidded and sparkling and just one example of the diversification Thomson has brought to his impressive songwriting on Golden Exile.

The new May/June 2021 issue of @rhythmsmagazine is out now, including our regular Waitin’ Around To Die column, an interview with @the_family_jordan and review of their album plus the new records by @katiebrianna and Kyle Jenkins of @suicideswans
🎶 @jaimewyatt on the PTW stereo this morning
🎶 NEW MUSIC: @johnmurry John Murry – Oscar Wilde (Came Here To Make Fun Of You) / Ones & Zeros