Let yourself be carried away by this new song from Adelaide songwriter Naomi Keyte, the first single since her debut album release,Melaleuca (2017), that saw Keyte nominated for Best Folk, Best Female Artist and Best Release at the 2017 South Australian Music Awards. “The song tells the story of loving someone perpetually on the move. It speaks to the push/pull of a relationship … END_OF_DOCUMENT_TOKEN_TO_BE_REPLACED 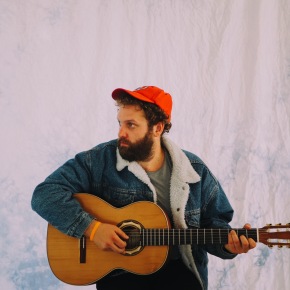 Tom West hails from Adelaide and this new track was recorded between his hometown and Nashville. It’s the third single from his upcoming new album I’m Livin’. It looks like he’s already released a bunch of albums which you can check out on Spotify, Apple Music and Bandcamp. We’re digging the gentle chug and propulsion … END_OF_DOCUMENT_TOKEN_TO_BE_REPLACED

The new May/June 2021 issue of @rhythmsmagazine is out now, including our regular Waitin’ Around To Die column, an interview with @the_family_jordan and review of their album plus the new records by @katiebrianna and Kyle Jenkins of @suicideswans
🎶 @jaimewyatt on the PTW stereo this morning
🎶 NEW MUSIC: @johnmurry John Murry – Oscar Wilde (Came Here To Make Fun Of You) / Ones & Zeros