Last year The Weeping Willows released their excellent album Till The North Wind Blows (review) which showed them to be  wonderfully authentic proponents of bluegrass, folk and country music. With voices that contrast and blend perfectly the couple write songs around their voices and the superb guitar playing of Andrew Wrigglesworth. We spoke with singer Laura Coates to get an insight on their musical relationship and learn a little more about The Weeping Willows.

What was the album that first led you down the dusty path of americana music?

Well, Andrew found the path long before I did.  While I was busy singing along to Doris Day’s 1950s movie musicals in my youth, Andrew was already picking away to Chet Atkins’ Solo Flights and Merle Travis’ Walkin’ the Strings. For me, I remember being utterly mesmerised by Ryan Adams’ Heartbreaker album from the first listen. From here, Andrew took my hand and led me down the trail of Ryan’s influences: Gram Parsons and Emmylou Harris, Johnny Cash (and June Carter) and Hank Williams Sr. etc. 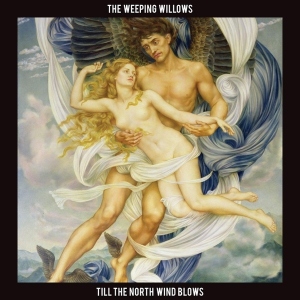 I guess that would have to be our debut album launch in December last year. Although it was stressful in the lead-up to the event, on the day we had an audience full of family, friends and fans all there to celebrate our new ‘baby’. It was also such a joy to have the immensely talented Lachlan Bryan as the opening act and wonderful guest musos Luke Moller, Damian Cafarella and Mathew Duniam weaving their magic during our set.

How did you learn to play your instrument – from friends, tuition, listening to records?

A combination really. We both had some initial tuition (Andrew on guitar, myself on vocals) to build a foundation but over the years we’ve picked up tricks here and there from watching and listening to artists we admire. I’ve heard stories about Andrew sitting with his guitar in front of the TV as a teenager, painstakingly teaching himself the finger-picking techniques of his heroes via the ol’ VCR slow-motion playback. These days we’ll spend hours on YouTube, drooling over David Rawlings’ guitar licks and Gillian Welch’s seductively raw, yodel-laden vocals.

Do you feel there is a strong folk/country music community in Australia?

Yes, definitely. We certainly feel a part of what I guess is an extended ‘Alt-Country’ family in Melbourne. There are plenty of Americana-friendly venues including The Retreat, The Spotted Mallard and Union Hotel (Brunswick), The Standard Hotel (Fitzroy) and The Lomond Hotel (Brunswick East) which bring like-minded folk together. It’s awesome to be out at a show and spy artists such as Liz Stringer, Van Walker and Jess Ribeiro coming out to hear Jordie Lane, Chris Altmann or Matt Walker play when they’re not gigging themselves. The ‘Chris Familton’ (PTW editor) of Melbourne, Les Thomas, runs a blog called Unpaved and has for the last 5 months run weekly Bluebird Café (Nashville) style songwriter sessions at The Old Bar in Collingwood. These nights have been well-received and helped foster new musical friendships. Magazines such as Rhythms magazine, blogs such as this, Unpaved and Sydney’s Timber and Steel have all shown amazing support, as have folk/country community radio shows such as ‘Twang’ on 3RRR 102.7 FM (VIC), ‘Texas Time Travelin’ on 98.9 North West FM (VIC), ‘In the Pines’ on FBi 94.5 FM (NSW), ‘Alt Country with Catherine and Steve Britt’ on 2NURFM 103.7 (NSW), ‘Crossroads’ on 99.9 BayFM, Byron Bay (NSW) and ‘Folk Buddies’ on 4ZZZ 102.1 Brisbane (QLD).

What was your favourite americana release last year?

Nigel Wearne’s Black Crow (It really is exceptional). We are really looking forward to a few that are due this year including Emma Swift’s debut EP and Caitlin Harnett’s debut album!

What are your aspirations over the next 12 months?

We are very excited to be heading over to Nashville, Tennessee in September this year to perform at the Americana Music Festival with the Sounds Australia team. We will be playing a few shows as well as heading over to watch the Americana Music Awards at the Ryman Auditorium. While we’re over there we hope to see more of the South, immerse ourselves in the music culture, seek out the birthplaces and musical haunts of our idols and venture over to the Appalachian Mountains where it all began.

On home soil, we plan to continue to work on some new material towards another album, tour to NSW and jump on the folk festival circuit.