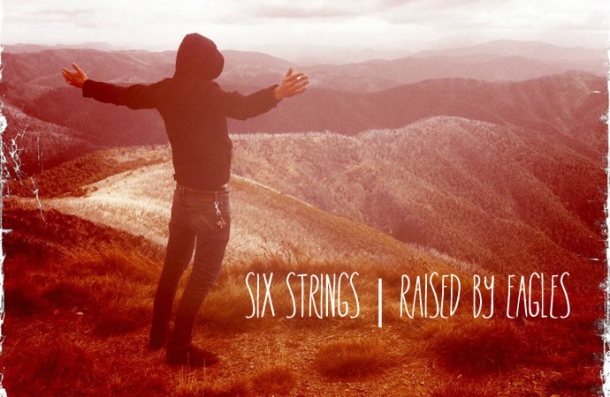 Melbourne band Raised By Eagles have just released their debut self-titled album via Bandcamp and it is one of those records that makes you sit up and tune in close to the speakers from the superb opening shot of Penny Drop. The shadows of everyone from Dylan and Van Zandt to Parsons, Justin Townes Earle and Ryan Adams populate the songs of frontman Luke Sinclair yet the majesty of their music comes equally from the strength of the band, not afraid to play strongly and with a rock intent behind their country-hewn music. The album is overflowing with vibrant stories, accomplished and heartfelt playing and that essential bruised, worn and bittersweet vibe that defines so much great alt-country music. Sinclair kindly took the time to answer our Six Strings series of questions ahead of their album release show at Bella Union Trades Hall, this Sat 20th July.

What was the album that first led you down the dusty path of americana music?

It’s tough to name just one album. I grew up listening to my parent’s record collection, mainly ‘Best Of’ albums that were full of country hits. There was some gold in there that really hit me where it counts. I remember a ‘Best of Tom T. Hall’ record that had Fox On The Run and Faster Horses on it. Those songs blew my tiny mind! I really fell in love with the sound of that kind of music. All the standard reference points were in there too, Johnny Cash, Willie Nelson, Bob Dylan etc. and they were the first songs I learned to play on the guitar. It’s funny because as a teenager I went through the whole glam rock phase, then grunge, and later even a hip hop obsession, but the music I always came back to and got the most joy out of playing was Americana/Country. I think because I grew up listening to country music I have always had a very nostalgic connection to it. The storytelling is so strong in songs of that genre so it can easily embed itself into you. It’s also very honest and grounded, and the older you get, the more you need qualities like that in your life.

What’s been your favourite gig you’ve played and why?

Recently I played a show at Meeniyan Hall in Gippsland with my other band The Idle Hoes. We did the show as a duo, it was a full house but you could’ve heard a pin drop. I’m used to playing in crowded, noisy bars and band rooms and I’ve had some great gigs like that too. But the audience at Meeniyan was so attentive, respectful and appreciative. They were real music lovers and it was such a beautiful feeling to play for them. Those are the kind of shows you can’t sleep after. 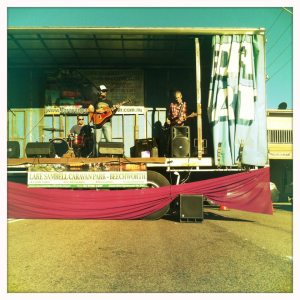 How did you learn to play your instrument – from friends, tuition, listening to records?

All of the above. My Dad taught me the basic chords and a few progressions. Once you’ve learned three major chords you can play most country songs. Throw a minor in there and you can play all of ‘em! I had some lessons for a year and learned a few more chord progressions and tricks, but most of the learning was done when I met and started playing with other musicians. You see how they play and you trade style tips, cheats, new ways of playing old chords etc. I learned how to finger-pick by watching someone else do it. It took ages to get my fingers to do what my brain was asking them to, but one day it all clicked and I was off and running. It’s always good practice to learn how to play someone else’s song too. You can really get inside it and begin to unlock the way they were thinking when they wrote it. I love doing that.

Do you feel there is a strong folk/country music community in Australia?

I can’t really speak for other cities, but I live in Melbourne and the music community here is like a big family. The artists are generally very supportive of each other and most of my friends were made through playing this kind of music. I think people that play country music (in all of its forms) are some of the best people in the world. They reflect the qualities that lie in the music itself – grounded, honest, nostalgic, romantic and very much in touch with the human condition. People that have been through some real shit and know how to process it artistically. It’s a wonderful thing to be part of. 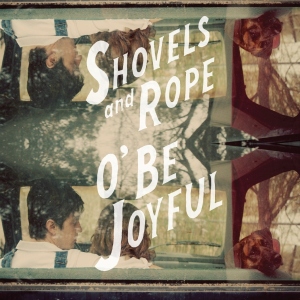 What has been your favourite Americana release this year?

Shovels & Rope have been on high rotation at our place. So has Houndmouth. They’re so good. Those bands really get it. They’re still so young and it’s really exciting to know how much more music they have in them. With that kind of writing and playing, you only get better with time. The older you get the better you get, and that’s the way it should be.

What are the band’s aspirations over the next 12 months?

We plan to do a couple of tours and begin work on the next album. The shows are coming steady now so it’s a matter of choosing the best ones and not over-stretching. Sometimes you can play so much that your presence on the scene is almost taken for granted and the shows lose impact. There was a time I would take any gig that came our way, but the plan now is to be a little more strategic in our approach. Our big focus for the next 12 months will be on building our audience outside of the city we live in. Touring is ‘key’ for independent artists. You want to sell records? You gotta tour.

Raised By Eagles is available now at raisedbyeagles.com

One thought on “SIX STRINGS: Raised By Eagles”

I’ve had Gram on repeat for the last couple of days for a piece I’m writing for @rhythmsmagazine
AUSTIN, TX MUSICIAN JD CASPER WRITES A HEARTFELT SONG FOR HIS SON