Dave Favours has just released his debut full length album Wet Suburban Sunday, that follows last years EP One Hand On The Wheel and it’s a great mix of country and rock with covers of The Rolling Stones, Ramones and The Saints thrown into the mix of originals. We’ll have a review of the album up shortly but in the meantime here are Dave’s answers to the PTW Six Strings Q&A. 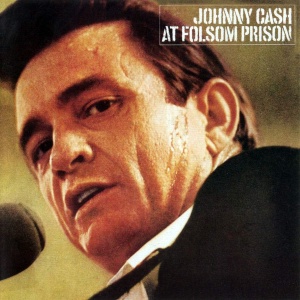 Definitely At Folsom Prison by Johnny Cash. Everything I knew about country and the blues growing up came from the likes of The Johnnys, Beasts of Bourbon, The Gun Club etc. But then, about 12 years ago, I was playing in a garage band and was at our rehearsal studio. I had just bought a new acoustic guitar and had also been given a copy of At Folsom Prison earlier that week as well. I ended up spending that entire rehearsal learning to play the album on my new acoustic and have been playing country stuff ever since. In fact, less than a year later, I was playing guitar in a Johnny Cash tribute band. It left such an impact on my life that my son’s name is Cash. I have a dog named Elvis too but that’s another story!

What is your favourite or most memorable gig that you’ve played?

In my old band, the Delivery, we did a couple of supports with the Lil’ Band O’ Gold. It was so amazing to meet such living legends and see them play live (for free!). We were so far out of our depth that it was frightening. As a solo artist, having Spencer P. Jones play at my album launch last week was a massive highlight as well. I got to do a duet with him on my favourite Beasts Of Bourbon song, Can’t Say No.

Pretty much by listening to Ramones and other punk rock records. A guy I went to school with taught me how to play barre chords and I went from there. The first song that I ever learnt to play was a three-chord gem called Through My Fingers by a band called Pegboy. Funnily enough I started re-arranging that song the other day to see if I could turn it into a country song. Turns out that it was a really bad idea. 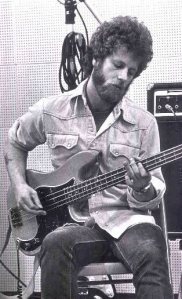 If you could sit in with one other musician (living or dead) who would it be?

Wow, just one? Maybe Chris Hillman. Not only would I get to play with a living legend, I could grill him for information about Gram and the Byrds. I saw him last year with Herb Pederson. It was one of the best gigs that I have ever witnessed.

Do you feel there is a country/folk music community in Australia and how could it be strengthened?

Absolutely. Melbourne is definitely the best town and I’ve seen some great stuff in Brisbane. In saying that, it’s a hard one for me to answer because I can be a bit too raucous for the purists and way too country for the rock and rollers. I’m also not that young and certainly ain’t pretty, so I don’t really fit in with a scene of any sort. I love playing with artists from as many different walks of life as possible.

I think it could be strengthened by people being more open-minded to interpretations of country and folk rather than it having to fit into any sort of mould.

What was your favourite Americana release last year?

I would say Southeastern by Jason Isbell. Part of me wishes that he were still in the Drive-By Truckers but hey, this way we get more. The Truckers are still pumping out great records and Jason’s are equally as phenomenal. Can’t wait to see him with his band in April. I got to see his keyboardist play with Son Volt several years back. I know it’s not really relevant to the question but I’m always looking for an excuse to brag that I saw Son Volt!

What are your aspirations for you/your band over the next 12 months?

Just to keep on keeping on, do some shows with some great artists and play some shows interstate in support of the album. I also have most of the next record written already, so I plan on doing some more recording as well.

Wet Suburban Sunday is out now via retailers such as Waterfront Records and online at iTunes.

I’ve had Gram on repeat for the last couple of days for a piece I’m writing for @rhythmsmagazine
AUSTIN, TX MUSICIAN JD CASPER WRITES A HEARTFELT SONG FOR HIS SON