Josh Rennie-Hynes is a Brisbane singer songwriter who released his debut album February in July. Produced by Shane Nicholson it’s an accomplished and mature set of songs that carry themselves with a nice sense of balance between earthy emotiveness and catchy hooks. There’s a carefree Australian flavour to much of Rennie-Hynes’ music as much as there is a nod to cornerstones of the contemporary Americana scene such as Ryan Adams.

Rennie-Hynes is about to embark on his first tour of New Zealand this month (in association with Post To Wire) which will see him visiting 15 cities and towns across the country including Te Awamutu, the hometown of a certain Neil Finn. If you’re in NZ spread the word and get along and catch him live. In the new year there are plans for an Australian regional house concert tour with Caitlin Harnett. These are busy times for the traveling troubadour so we were happy to grab Rennie-Hynes to answer a few questions for our Six Strings Q&A.

I grew up listening to country music, thanks to my parents. In my teenage years I moved away from it and into the punk and hardcore scene more so, playing drums in bands and what not. Then about six years ago, I was living in Canada and my friend sent me ‘Meadowlake Street’ by Ryan Adams and The Cardinals. I downloaded Cold Roses straight away and it melted my brain. I wasn’t writing any songs whatsoever back then, but I remember hearing those songs and thinking, “Fuck, I’d like to write music like this”.

My debut album launch in Brisbane a few months ago. All my family and closest friends were there, and it was a full house. That was a whole bunch of fun!

I had guitar lessons when I was 10 years old. The guitar teacher told my mum she was wasting her money. I was a brat, and I just wanted to learn songs, not the Greensleeves melody on one string, hahaha. Although I kind of wish I stuck at it, I don’t know music theory at all. I learnt from ear after that. I’d sit down and play along to all my favourite songs.

Probably ‘Lucy’, I think it has a beautiful storyline and melody. It took me a long time to nut out. I enjoy writing those kind of songs, the ones that make you work hard and obsess over them for a few weeks. In some weird, masochistic kind of way.

Ryan Adams. I’d just like to give him a hug and say “Thanks for the music”. I feel like he’s a staple for songwriters of my generation. He’s influenced a lot of people and how they write.

I think it’s small but it’s definitely growing. And the people that are in it are super passionate about it. For it to continue growing, people need to keep supporting it – go to shows, buy records etc. Artists need to keep touring, writing and releasing records and getting their music heard. There are so many amazing songwriters in Australia. 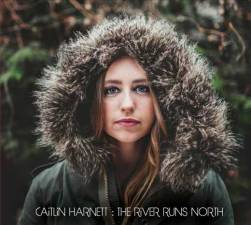 A lot more touring! A full length New Zealand tour in November and December. Liam Gerner will be joining me for a bunch of those shows too. Then some more Australian tours early next year which are currently in the works. Then I’ll be heading overseas after that if all goes to plan. And of course writing for the next record. Which I’d also like to record next year sometime. So not too busy at all…..