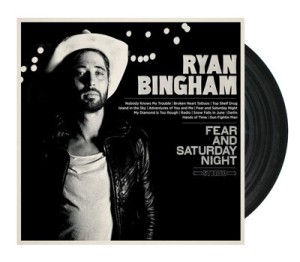 It was Ryan Bingham’s visit to Australia last year that made me a believer. Prior to that I’d shown mild interest but I’d written him off as something of a generic journeyman troubadour. On stage he flipped that preconception and reminded me how visceral and rewarding rock ’n’ roll can be when played with real conviction, spirit and musicality. At that show Bingham previewed a couple of tracks that appear on the new record and immediately they sounded like future classics as they tore emotive holes in the speakers that night.

Fast forward to 2015 and here’s the new album, a collection of songs that document life’s troubles, trials and tribulations matched by an organic and brawny soundtrack. Bingham hasn’t taken any great risks or quantum leaps in style. If anything he’s identified his strengths and honed in on them with pinpoint accuracy. That ravaged and raw voice is still the focal point. World weary and lived-in it conveys the songs’ stories with gravity and authenticity.

The opening track ‘Nobody Knows My Trouble’ is built on a simple country blues shuffle. It’s a back-porch tale of hardship and sticking together against the odds. For every slow-burner Bingham delivers a wider-screen parched rock ’n’ roll song like ‘Broken Heart Tattoos’, the holler and stomp of ‘Top Shelf Drug’ and the power pop rush of ‘Radio’.

Bingham is still operating in the similar musical realm to Springsteen, Petty and Mellencamp and with that voice he’s a card carrying member of the raspy club with Dylan and Malcolm Holcombe yet he’s achieved such a great balance between accessibility and points of dark emotion that he deserves equal critical success and a similar fanbase to Jason Isbell and Justin Townes Earle in the contemporary Americana world. Fear And Saturday Night is his most accomplished album to date and cuts right to the core of who Bingham is as a songwriter and singer.