Austin, Texas band The Lonesome Heroes have been on tour in Australia for the last few week, making friends and fans along the way. They played the inaugural Dashville Skyline festival as well as shows in Brisbane, Melbourne and Sydney. Though their name may be new to many alt. country listeners in this part of the world they’ve been building a great reputation as a live band and as practitioners of a brand of Americana that takes in melodic and carefree cosmic country with some of the traits of indie rock. Their latest album Can’t Stand Still came out at the start of 2015 and was preceeded by the LP Daydream Western (2011) and a couple of EPs.

Rich Russell kindly took the time to answer a few questions for our Six Strings Q&A.

They play their last Australian shows this weekend, tonight at The Gem Bar in Collingwood and tomorrow afternoon at The Drunken Poet in West Melbourne from 4PM.

I grew up in Brooklyn NY and spent my teenage years listening mostly to punk and indie rock. Sonic Youth and Sebadoh were my favourite bands in high school. I remember my best friend introducing me to Paul Simon and I refused to admit it was cool because it was edgy enough. It wasn’t until I went to college and started delving into Bob Dylan that I began to realise the power of acoustic instruments and folk music. A friend gave me a copy of Nashville Skyline and the first time I heard ‘Girl From The North Country’ with Johnny Cash singing with Dylan I knew I had to explore country music. It was after that moment that I really began to write songs. 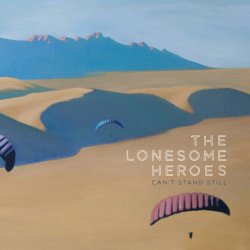 Describe your latest release in 100 words.

Our new record Can’t Stand Still was the hardest record I have ever made. It deals primarily with my breakup with my longtime romantic and musical partner. It took a year on the road with the new lineup of the band to find our sound and many months in the studio, but it is the first record we have done as a band and I couldn’t be more proud of it and the hard work we all put into it.

We have played so many gigs they all begin to blur together. Our show last week at Lefty’s in Brisbane was one of my favourite in recent years. We spend every summer on tour in the Mountain States in the American West and play at lots of old western bars that look just like Lefty’s. I sent a photo of Lefty’s to a friend in Wyoming and she asked where they got all the bears and elks on the wall. It seemed so normal to be surrounded by our familiar North American mammals that I didn’t even think twice about the fact that these were not Australian animals on the wall. The whole setting felt like a movie set in the West and we felt like the stuffed animals on the wall, like an authentic Western American band. It was a real trip, but I loved it and it gave more relevance to our music. It was one of our first gigs here in Australia and we still don’t know what to expect every night, but so far Australians are about the nicest most enthusiastic people we have ever met. We had some of the best listeners and clappers we have ever had and then as the beers began to take hold the crowd started doing some not so typical North American dance moves. It seems line dancing is popular here, or perhaps that’s the only way people can figure out how to dance to our music. Next time we are going to bring a troop of two-steppers over with us from Texas to give free two-stepping lessons. Though we don’t care how people dance, we just want to make them have a great time.

I started playing guitar as soon as I was old enough to hold one. It has always been a part of my life and I honestly don’t remember before I had a guitar. I was in a ton of garage bands throughout high school and college, but it wasn’t until I moved to Austin and saw the best musicians in the world playing in tiny bars all over town that I learned about the kind of music I want to play. I am not a quick learner, but Austin has been an amazing musical sponge for me, and our sound is so influenced by the music of Austin.

This is an impossible question. I love and hate every song I have ever written. They all could be better. The more simple the song the better it seems. I have been trying to simplify for years now. I think ‘The Darkness Towards Light’ on our new record is my favourite right now. It’s the first waltz I ever wrote and I never really knew how to play it, or what to do with it until the present lineup of the band started playing a few years ago. The boys know perfectly how to play a waltz and Gary Newcomb’s production and steel playing transformed it into the sort of cosmic direction I have been chasing for years.

If I could travel back in time I would like to go see some shows at the Armadillo World Head Quarters in Austin in the 70s. See the Flying Burrito Brothers, Willie, Waylon, Jerry, and such at the height of the cosmic country thing when the hippies met country music. I might be brave enough to share a song, but would revel in just listening.

In America is there an awareness of the country/folk music scene in Australia at all?

I would say there is not nearly enough awareness of the scene in Australia. I feel spoiled by living in Austin and spent most of my listening time listening to our friends records. This trip has opened my eyes to a whole new scene of great musicians and writers. I had my first real exposure to Australian songwriters when Josh Rennie-Hynes and Steve Grady from Brisbane came to stay with us for a week in Austin. We stayed up way too late too many nights sharing songs. They knew every American song and band I knew and had a ton of Australian acts to share. They also brought their own Australian sound to music that seemed so similar to what we know. I was really amazed by the quality of their writing and live shows. It made me nervous that if every Australian band was as good as them, we had better keep practicing. So far every act we have played with over here is fantastic and has a lot in common with what we know, but also a unique Australian quality as well. 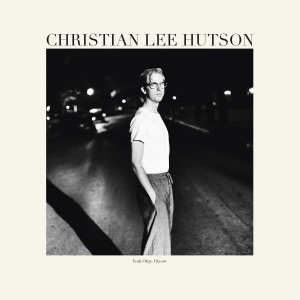 What are your expectations for your upcoming Australian tour?

We try to go into everything with no, or low expectations, but after a few shows over here the bar has been set really high. Friends who have toured over here before told us that it is like America 10 years ago, where when you go to a show people listen and don’t stare at their phones the whole time. We noticed at our first show that we were the only ones with our phones in our hands. The attention and respect people seem to pay to music here is amazing.

I feel like this is a tough question and there are so many great new records I would like to point your readers in the direction of some smaller artists in the US that are perhaps off the Australian radar. We cover our friend Christian Lee Hutson’s song Shit Happens on our newest record and his songwriting and musical evolution never stop amazing me. His new record Yeah Ok, I Know has been on heavy rotation in our tour van. I strongly suggest checking it out.

Well I guess I would like to figure out how to get back to Australia as quickly as possible! We have a pretty seasonal tour schedule and basically try to go to our favourite places in the best parts of the year so I already know we will be in California in February, Austin in March for SXSW, The Mountain States in July, and hopefully back in Australia in the fall or January 2017. I would like to play some more festivals over here and come back and play with all our new muso buddies. We need to make a new recording sometime in the next year so I am looking forward to a few months at home with not too many shows to begin working on that.