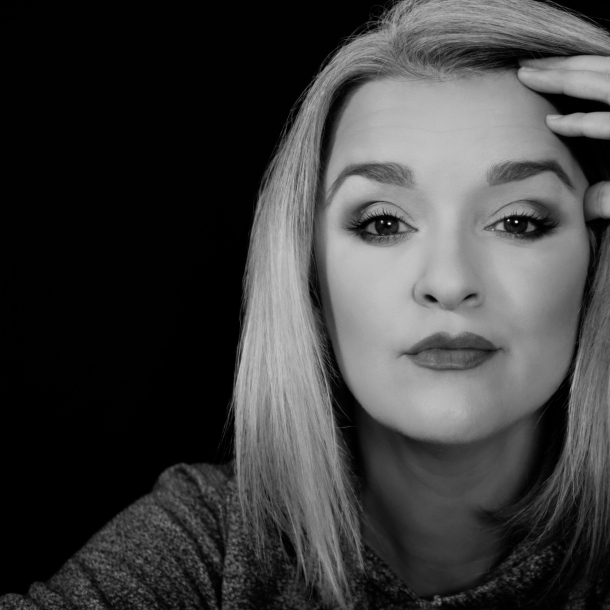 Warnings & Wisdom may only be her second album but American songwriter Jen Mize has already lived a colourful musical life that has taken her from Las Vegas casinos to the Boston Conservatory, from the Duke Ellington Orchestra to a home on the Sunshine Coast.

Jen Mize’s debut Fear, Pride And A Few Stubborn Angels (2013) was a strong calling card for a new voice on the Australian Americana scene and though it opened doors for her in the United States it didn’t make the same initial impact here, mainly due to a diluted publicity campaign – something she’s keen to avoid this time.

“I’d hired a publicist and it didn’t really work out. I ended up only releasing one song,” says Mize, the frustration apparent in her voice. “ It wasn’t a falling apart of the relationship, I just couldn’t get him on the phone. Over a six month period it didn’t get any better so I decided to just let it go and release the tunes myself. By that point I was already singing some songs from what would become Warnings & Wisdom and I was over trying to make a big splash with the first one. My husband and I had worked hard on a few videos so we still wanted to release them. I think getting those out there has helped pave the way for the new record,” opines Mize.

Recalling her songwriting approach to the new album, Mize knew that for her, “Part of the journey is writing new songs, coming from a different angle and not repeating myself too much.” That awareness set her on the right course and sent her in the direction of one of Australia’s most in-demand alt-country producers. “Once I got into writing this new album I knew it was going to go in a more gutsy direction than the first one and the best approach might be to not do a full band album again. I needed to go some place I was unaware of and without my own expertise and Shane Nicholson felt like the perfect fit for it. We have a great musical vocabulary together. I could describe the feel I wanted with references and he got it straight away,” marvels Mize.

The title of the new album reflects two of its central themes and as it began to take shape, Mize realised that she had a form of concept album on her hands.

“When we started looking at the songs I realised a lot of them were warning songs and that made sense to me. I was thinking about that and came across the phrase ‘warnings and wisdom’ and I kind of liked that but there was no song that was specifically that, it just fitted the songs that I wanted to include on the album. Then I started playing around on the back deck, smoking some pot, and I wrote the ‘Warnings & Wisdom’ tune. It’s definitely about the American military industrial complex and how they take advantage of anybody that doesn’t come from wealth. I have a lot of family that served in the military so there’s a lot behind that song for me. Once that song was written it became a concept album or sorts.”

With elite vocal training and professional touring experience singing jazz standards, the transition to singing country music has not been an easy one. Re-training her voice was “hard to do” and a lot of the time Mize feels she’s “purposely holding back on being impressive.”

“As a songwriter you have to consider the song and what is right for it. I’m not writing show-off vocal pieces so I have to sing the song the right way. For me that’s been a great journey as a singer and I’ve become a much better one, I’m utilising control, making sure the lyric isn’t being buried under the delivery. Now I’m getting to the point where I’ve spent a good amount of time learning to be a songwriter, now I have to get the balance between the songwriter and performer; knowing when to cut loose and figuring out how to play with a band again,” says Mize enthusiastically.