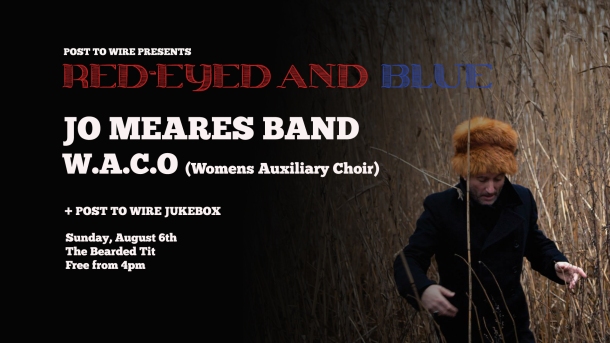 This weekend is the August instalment of Red-Eyed and Blue, the monthly session of live alt-country, folk and Americana music we curate at The Bearded Tit in Redfern, Sydney. Our last session saw a full house being serenaded by Sam Newton and gently rocked and rolled by The Singing Skies and this time round we have another stellar pairing of acts.

Jo Meares has been carving out a low-key and atmospheric take on alt-country over the last few years. His 2014 album ‘King Of The Crystal Mountain’ confirmed his status as an auteur of noir-drenched music where chords shimmer, things move in a stately and low-lit fashion and songs emanate poetry and immersive tales via Meares’ spoken/sung delivery. Last year Meares released the Lone Gun EP, showcasing a darker gothic rock vibe like Leonard Cohen backed by The Bad Seeds.

W.A.C.O (Women’s Auxiliary Choir) are renowned for capturing an audience’s attention and intoxicating them with their four part harmonies that dig deep into country and folk music history. Tales of love, death and betrayal, delivered with dark humour and a relaxed communality makes for a mesmerising performance.

As usual the Post To Wire Jukebox will be spinning alt-country, Americana, folk, blues and rock ’n’ roll tunes between sets. 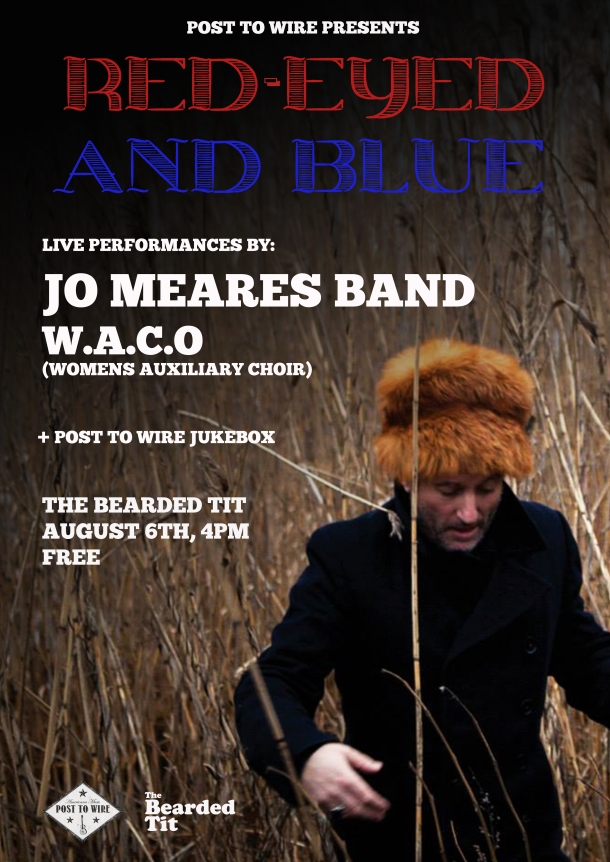