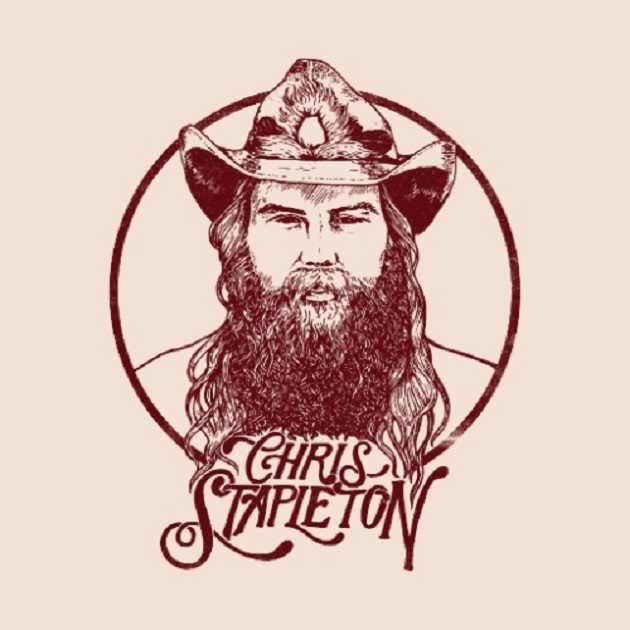 Two years after the release of his bestselling, award winning solo debut, Traveller, Stapleton returns with an album that in some ways feels like a retreat from the large stages and mainstream acclaim he received. Shacking up in Nashville’s RCA Studio A with producer and guitarist Brent Cobb, Stapleton recorded two album’s worth of songs. This is the first of two volumes scheduled for release this year.

The edges are left raw and exposed on these songs, with Stapleton’s voice in devastating form.   The full band songs are less polished than those on Traveller, a more authentic roots sound allowing him to dig a little deeper without sacrificing any of those sweet melodies or his sharp way with a turn of phrase. Cut straight to “Either Way’ if you want to experience Stapleton’s weathered, shiver-inducing, classic country howl, backed by a lone, sparse acoustic guitar.  Elsewhere he covers ‘Last thing I Needed, First Thing This Morning’ and on ‘Up To No Good Livin’’ he dials up the humour with lines such as “I used to drink like a fish, run like a dog, I’ve done a whole lot of shit not permitted by law, people call me the Picasso of painting the town”.

The more upbeat tracks such as the blues rock of ‘Them Stems’ and the funkier ‘Second One To Know’ were no doubt included to satisfy the straighter rock crowd but they come across as generic workouts amid the cleverer and more emotionally connective songwriting Stapleton does so well. Regardless, there’s something for everyone here and it shows, without doubt, that his breakthrough debut wasn’t a one-off.