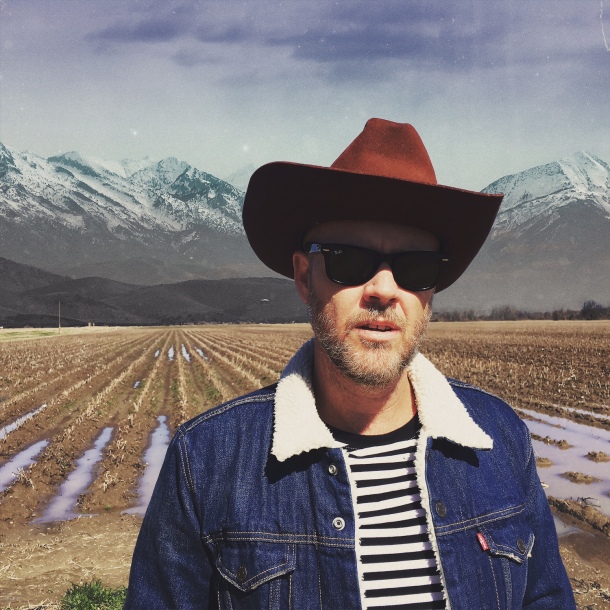 Pete Cullen has gone and recorded two new albums for release at the same time. One Way In is Cullen in full rockabilly, rock n roll and rhythm & blues mode with his trio P.C. & The Biffs while No Way Out takes the foot off the accelerator and gathers together more of Cullens’ alt-country flavoured songs. We’ll have reviews of both albums up soon but in the meantime here’s a Q&A with Cullen and the premiere of the first single from No Way Out  – ‘Black Mountain’.

Tell us a little about how you’ve come to be where you are today?

Well it’s been quite a journey! I’ve been playing music for 24 years! I started out in school band called “Sour Brew”, we played Hendrix and Metallica, 3/4 of that band went on to play in pretty successful bands, Michael Luke was the guitar player he’s now the tour manager for Busby Marou, I saw him for the first time in 15 years the other week at the triffid.

I lived in Broome WA when I was 20, I saw a band called ‘The Pigram Brothers” and fell in love with saltwater country music, they had a massive influence on me as did the whole indigenous culture from that area.

From there i came back to Brisbane and started a music degree at QUT and formed a Blues/Rock group called “The Daybridges”, we had a fair bit of success with songs on Triple J and toured with Spiderbiat when Black Betty was number 1, our band goal was to support You Am I and we did at The Zoo but sadly it was our last show. Pretty amazing times and I wish we kept going but mis-management kind of ruined the vibe.

So then I moved to Noosa Heads, Managed a surf shop “Noosa Longboards” for 8 years, thats where I started listening to rockabilly, I didn’t pick up a guitar for 5 years as I was surfing and having kids! But I felt like there was something missing in my soul and got the itch again. I started writing alt country and rockabilly songs and as fortune has it I ran into the James Black, Pete Luscombe, Mark Ferrie from Rockwiz (And numerous massive Aussie bands) at a party in Sydney and conned them into recording an album with me which is ‘Tom Whisky Blues’, to this day I don’t think i have written a song as good as Tom Whisky Blues and Coffee House off that album.

Soon after that I got a call from Jamie Webb from Lefty’s Old time music hall in Brisbane as he was looking for acts for the venue and the rest is history, I found my home. Just before the phone call I thought I was destined to perform in local bowls clubs and RSL’s for the remainder of my life… (not that there is anything wrong with that.) I get to perform my songs in front 250 punters a few times a month, they pay and feed us well and the band and I will be forever in debt to them.

In February this year my partner and I booked a musical immersion trip to the USA for our 40th Birthdays. We walked 20-25km a day for five days around New York, visited all the places were Bob Dylan performed, where Hendrix was found, where John Lennon was shot. There was a massive snow storm on our second last day and I got to see snow for the first time in my life, I was stoked! We then took a flight to New Orleans and spent 5 days soaking up the sounds on Frenchman st, I am massive fan of New orleans Jazz and Rock n Roll, I got to see my one of my idols, Clarence Gatemouth Brown’s fiddle that had been destroyed in hurricane Katrina, he lost everything he owned and sadly died shortly after the hurricane. I also found a hat in an antique store which is the one I’m wearing in album photos, I also found a 1940’s wash board for my drummer DJ  (damon Syme) . We then hired a car and drove up the blues highway 61 to a a little country town called Clarkesdale Mississippi, it’s famed as the place where Robert Johnson sold his soul to the devil but it’s that and way more. Basically if you think of the greatest blues players of the 20th century, they came from around this area, the Mississippi Delta. Robert Johnson, Muddy Waters, John Lee Hooker, Howling Wolf and than other musicians like Sam Cooke and Ike Turner. On one day I stood on the on the hallowed black soil of a cotton field just outside of Clarksdale and I could feel the soul of the blues, it was quite an experience. We then took a short drive to Memphis. I was really moved when I visited Graceland, I thought it was going to be cheesy but was very surprised. We also went to Sun Records, Beale st & The Stax Soul Museum. You walk around Memphis and you can still feel the racial divide, probably the pivotal moment of our trip was going to the Loraine Hotel where Martin Luther King was assassinated, It was hauntingly beautiful, his words and speeches are amazing and inspiring as was the whole civil rights movement of those times. 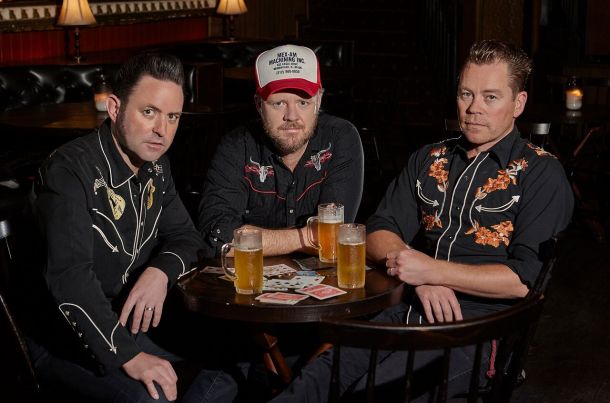 How did P.C and The Biffs come together?

I was sitting in the front bar at Lefty’s and these two rockabilly looking dudes walked in, (hank williams was playing in the background). We were all humming the tune, and then we all looked at each other with disbelief and the rest is history! I needed a drummer for a gig and called DJ who grew up in Redcliffe with me. He came and rocked, so we sacked the other drummer! (Lol, we were just using fill in drummers for the first few gigs)

Why did you choose the name ‘The Biffs’? Have you got into a mid show biff before?

A really drunk guy came up to me at a show and said he felt like he had been punched in the face by some good ol’ rock n roll, it just stuck after that comment!

P.C and The Biffs are highly influenced by the 50’s and 60’s rhythm, blues and rock & roll. Who are some of your personal musical influences?

The list would be too long!!!! Personally my favourite would be Chuck Berry, riffs and lyrics are killer!. influences… Jerry Lee Lewis, Champion Jack Depree, Gatemouth Brown, Fats Domino, Little Walter, Howling Wolf, Bob Dylan…. I should take photo of my records and you would get the vibe. In America I was lucky to find and original pressing of Tom Wait’s first album ‘Closing time’ and also an original Dylan “Blood on the Tracks”

You have played quite a few gigs, what has been a favourite of yours and why?

I would have to say probably my first band gig at school, I was mis-understood at school and didn’t fit in the education system so I was always in trouble but as soon as i grabbed that microphone and belted out Purple Haze i found my calling. We won the battle of the bands, we won every battle of the bands we were in except one at the Regatta one time, we lost to Kate Miller Heidke, it was rigged, the dude who was running it wanted to sign her!!!! (lol)

There are two albums coming out in August; P.C and The Biffs ‘One Way In’ and Pete Cullen’s ‘No Way Out’. What was the concept between releasing the two albums together?

I was talking to a mate (Asho) before my trip to the states and I really wanted to record a slower alt country record but he didn’t think that would work as no one would want to listen to me singing depressing songs… so he said what if you record both? A rhythm and Blues and a Country/rock album. I was like “yes”!! (I didn’t really think it through, cause it has been a bit of a nightmare, we recorded about 30 songs and finished 20. It nearly broke me but i’m pretty resilient!) Together I suppose they are about my life journey, the ups and downs, falling in love, heartbreaks, the parties and lonely times, it’s all in there.  I’m hoping the people will be sucked in and won’t be able to stop listening to them.

Can we expect the two albums to link together and mirror each other in more ways than one?

There’s defiantly similarities, both albums are heavily influenced by southern states of the USA. One Way In is kind of like my alter ego, it’s got some pretty bluesy rock tunes that are kind of like what i was writing in the Daybridges. No way out is little bit more chilled and less 12 bar blues, but still has some pretty cool rockabilly tunes.

What is your favourite part of playing shows?

I love when people lose inhibitions and get into it the music, i really vibe off that. The other would be just listening to my band, they are awesome. They are all musicians i would pay to see.

What’s the earliest gig you remember seeing and did it have an effect on you?

1992 4zzz market day, I was 16, I can’t remember much but I remember stage diving and no one catching me!  I loved those market days… they were really wild.

How have you seen the music scene develop since you started playing?

The Brisbane scene is really amazing. You can see the kids coming through at the moment have been getting guitar or vocal lesson etc since they were about 10 or learning off youtube, so there playing skills a for more advanced then when I was growing up. Mums & Dads just couldn’t afford lessons back in the 80’s and 90’s so we started playing in our late teens and taught ourselves by listening to records and experimenting, remember there was no YOUTUBE!! Just power chords! I was at a Qmusic event last night, it was really cool, great vibe. I’m excited about Bigsound, i really love watching young bands coming through, their energy and passion is pretty inspiring.