Now in its third year, Belford’s Dashville Skyline is fast becoming a fixture on the alt-country, psych and rock’n’roll calendar, this year showcasing artists from Australia, New Zealand, the USA and Ireland. Only 2.5 hours north of Sydney, it all comes together on the Johnston family farm, with the festival (plus Gum Ball and Thrashville) managed and built from the ground up by Magpie Johnston and his team. The great thing about Dashville is that it’s an organic set-up, with recycled materials and a homespun ‘we can build it ourselves’ attitude.

Arriving on site, the first thing that hit us was the natural setting of this very kid-friendly festival. Towering gum trees swing high above the dirt-dry ground and the accompanying and unavoidable dust. It really is a magical place that stripped the city stress and daily grind as soon as our tent was up and we began exploring our surrounds. The food on offer was very good, catering to a range of tastes and with vegetarian options, the beer selection avoided big brands and went for quality and range and when not blissing-out to the music we browsed the stalls, met Gary the goat, psychedelic chickens and llamas.

Jen Mize set the musical scene early on the Friday with her soulful alt-country songs, excellent voice and some fine guitar dueling between Mitch Power and Duncan Toombs. Dashville affiliate Lyle Dennis cut straight to the core of country-rock with his Express outfit before Fallon Cush hit the main stage with their melancholic, melodic Americana vibe that ushered in the setting sun perfectly. With the day’s audience in situ, Songs From Dan, with a band that included Lucie Thorne, Matt Walker and Shane Reilly, took the increasingly merry punters on a trip down the rabbit hole with some languid songs of country heartache. The biggest name on the bill, in terms of international profile at least, was Valerie June who took the evening to a new level with her cosmic folk and blues. She’s a fascinating singer to watch, immersing herself in a performance that at times felt a little detached but was ultimately rewarding due to her unique and stylistically holistic approach to these songs.

Declan O’Rourke brought the Celtic vibe all the way from Ireland and it fitted in just right, drawing an audience that listened intently to his tales of settlement and heartbreak. Pony Face were the first swinging slab of music where the focus was more on the rock than the country and they played it with murderous intent and precision. You could hear Springsteen, Nick Cave and even The War On Drugs in their sound that won over the crowd, many of whom were hearing their songs for the first time.

William Crighton should carry the mantle of The Dark Prince Of Dashville such is his connection with the local scene and past festivals. Over the last couple of years Crighton has progressed from solo, corner-bar troubadour to the fully fledged frontman of a band that trades in visceral widescreen rock like The Doors, Midnight Oil and Crazy Horse, with Crighton out front prowling the stage and gathering the huddled and willing rock’n’roll masses before him. It was the perfect crescendo and conclusion to Day One of the festival.

Wiping dust and sleep from their eyes, the tent-city inhabitants gathered organic coffees and were ushered into the new day by the Crighton-hosted Junkyard Variety Brekky featuring the dulled senses-yet-hypnotic and absorbing songs of Matt Walker, Lucie Thorne, Jason Walker and others. Demi Mitchell christened the Townes Hall main stage on Day Two with a full-band set that showcased her forthcoming album and dark, soulful alt-folk and rock songs. This set highlighted how well curated the line-up was, not just booking established artists but also mixing new and old, young and not-so-young songwriters while not being overly restrictive with the stylistic range of the music. Sydney’s Roadhouses followed with an embrace of the cloudy skies in their slow and hypnotic fever-dream sound that drew equally from Lucinda Williams and Mazzy Star. 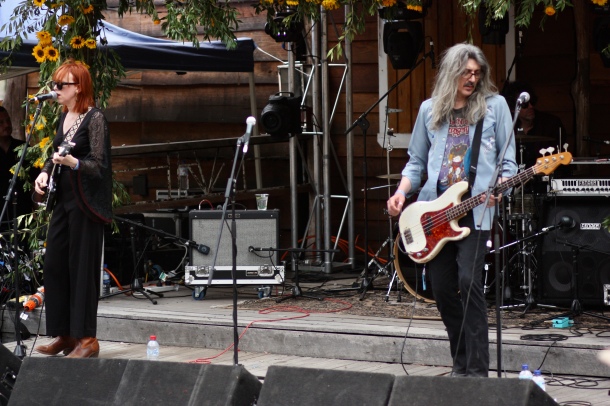 The Saturday afternoon continued on from the diversity of the morning with Magpie Diaries finding an Australian angle on a West Coast US sound, complete with some fine saxophone playing, before Paddy McHugh showcased his just-released album City Bound Trains with both heartland rock swagger and heart-on-sleeve authenticity. Claire Anne Taylor was something of a revelation with her bluesy, husky voice that was brimming and occasionally bursting with emotive and soulful depth as she too, like McHugh, referenced historical Australian events but also delved into deeply personal experiences.

Back-to-back Americana sets by ex-member of The Jayhawks Mark Olson & Ingunn Ringvold and highly respected troubadour Tim Easton were lessons in songcraft and performance with high levels of audience engagement — which were repaid with close attention, dancing and dropped jaws, particularly for Easton’s exceptional guitar playing. This year’s instalment of Sunset Super Round included covers of Neil Young (by Roadhouses), Ryan Adams, Jason Isbell and Nick Cave (by Nicholas Connors) among other excellent song choices and interpretations.

Emma Russack, like many before her on the intimate Willie Wall stage, took the atmosphere to a darker and more meditative place with her indie/art-pop approach to songwriting, before the day’s highlight – Cash Savage & The Last Drinks – took the stage. They proceeded to deliver a physical, menacing and exultant set that felt like one of those special communal, celebratory moments that happen every now and again with a live performance. It was a completely riveting, cathartic and immersive rock’n’roll high point for both audience and band.

Cash Savage & The Last Drinks – photo by Post To Wire

The Teskey Brothers reminded us all where most of this music comes from – the blues – and they did it with real authenticity, commitment and next-level playing before the wild card, Oh Mercy, shifted the gears yet again, on main-man Alex Gow’s 30th birthday. Immigrant Union went to some dark-psych, jangle-drone places before the main day of the festival came to a head with Dashville Progress Society‘s all-star covers set. Featuring up to 15 players on stage, they ran through Rhinestone Cowboy (sung by Jason Walker), some reggae via The Grateful Dead, a version of Bad Company’s Feel Like Makin’ Love and more.

Lachlan Bryan & The Wildes – photo by Post To Wire

Sunday morning at Dashville continued the music, by this point feeling like a super-chilled recovery session in the sun. The soundtrack was the real-deal sound of Georgia State Line, Ben Leece‘s impressive voice, the infectious New Orleans jazz of The Roamin’ Jasmine before Lachlan Bryan & The Wildes (plus Imogen Clark and The Weeping Willows), brought things to the perfect conclusion. Magpie Johnston joined them for an impromptu, barely written song that summed up the communal spirit and ethos behind Dashville Skyline – where people come to hang out, meet new friends, revel in the beautiful surrounds and be entertained by a range of acts – of which every single one impressed and enthralled. This was a festival that felt transportive and inclusive and one that will hopefully be around for years to come. 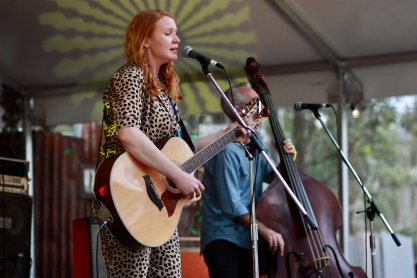 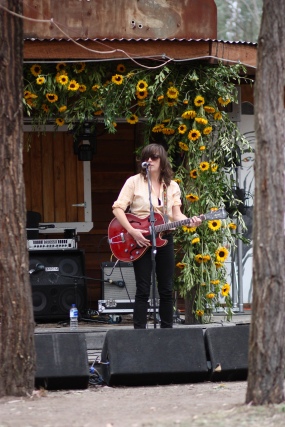 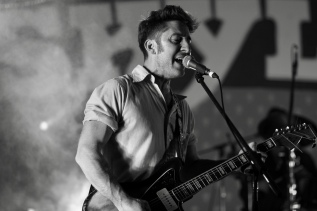