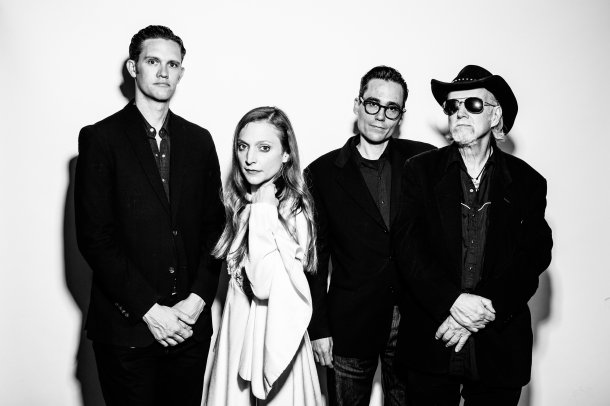 Eilen Jewell recently visited Australian shores for a run of shows showcasing her album Down Hearted Blues, but as she reveals to Chris Familton, she’s already been in the studio working on her next album of original material.

It’s an overcast spring evening in Boise, Idaho when Eilen Jewell answers the phone, a heavy head cold unable to dampen her enthusiasm for talking about her most recent album Down Hearted Blues. The last time The Music talked with Jewell she’d only recorded six of its songs and was, at that point, unsure if the project would yield an EP or an album.

“People at the label and the band had been trying to talk me into doing the full length album but I didn’t want the world to just think I was doing covers. Then I heard those recordings again and I heard how much fun we were having with them. It sunk in how much the blues means to me and how important the genre is. That made me decide to do the full album and pay homage to these artists, some of whom are still quite obscure. I thought it might encourage some people to look up who Charles Sheffield or Betty James were,” says Jewell, before adding “I also felt like it was too much fun to pass up.”

The process of choosing songs to cover for a project like this must be a daunting task, given the depth and scale of the blues genre. As she explains, Jewell had an important resource to help her find the right songs, from the obvious to the obscure.

“About half of the songs were ones I’ve known and loved for a long time. The other half were new to me and I was introduced to most of them by a radio show that Jason [Beek, husband/drummer] and I tune into every Saturday called Backwoods. It’s a show that has been going for a couple of decades and our friend John Funke is the DJ. He plays the coolest stuff and it’s always an education for me. Over the years I’ve compiled this list of songs from the show that I’d like to learn and play one day.”

A hallmark of Down Hearted Blues is the stylistic variety of the songs that Jewell and her band tackle within the blues genre. It is, in her words, “A mix of rural and city-sounding blues songs”, but not necessarily a conscious decision she made when she was thinking about the form the album would take. “I do that on my own records, they tend to be quite eclectic and it felt right to do that on Down Hearted Blues too. It’s been really great to have both of those styles in our live set because it’s something we’ve always hinted at on our records but now we can really stretch out into the blues.”

Even though Jewell is still touring the current album, she reveals she’s already been back in the studio, recording demos for her next album of original material. “So far we’ve been able to lay down six tracks as rough drafts. I’ve never really let myself do that before. I got this cold when we were supposed to go into the studio which made for a difficult time in the singing department, so by necessity it became a rough draft which I’m liking more and more because it means I can tweak the songs and get to know them a lot more before we do the official recordings,” she enthuses.

“So far the album has a real blues feel to it and more of a rock ’n’ roll edge than previous original efforts,” Jewell reveals. “A lot of open tuning in the vein of someone like Mississippi John Hurt. I’ve also been dabbling with the electric guitar which has been exciting. I go in the direct that the songs take me and they’ve taken me in the blues direction lately, probably because my mind has been in the blues and with those artists.”

Jewell has been a recording artist for 13 years and hasn’t had another job since 2007. The stress of supporting a family as working musicians can at times wear them down but Jewell has been careful to maintain balance and perspective in her life. “Interaction with fans is important to keeping me going and reminds me how much I love to play music. I need to nurture that to avoid burnout. The key is to do things on your own terms and to do what feels right.”