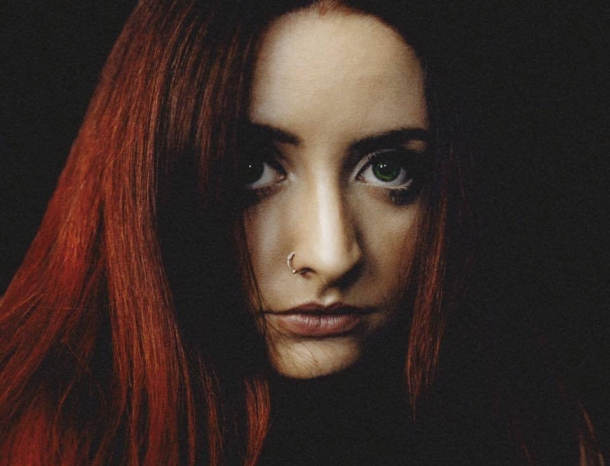 One day, in her late teens, Tori Forsyth wrote a composition that she considered her first proper song.  It was that song, ‘Johnny And June’, that she played to producer Trent Crawford and began the journey that led first to her debut EP and now her full length album, Dawn Of The Dusk, produced by Shane Nicholson. Along the way she’s visited the US twice for showcase performances at AmericanaFest and SXSW, racked up enviable streaming numbers on Spotify and honed her writing abilities into an impressive debut album that sits comfortably between the pop country world and the grittier sound of Americana.

“It’s a pretty natural thing for me,” admits Forsyth candidly. “It comes back to not writing for a particular audience. I learned, when we were recording, that a song has the potential to be over here and over there as well.  It was a matter of making sure we were sticking to what I’m all about and doing it tastefully without taking it too far. The songs had that in them already so we didn’t have to force them into a specific place.”

More than a year has passed since pre-production began on Dawn Of The Dusk, a symptom of working with the machinations of major record label Universal Music Australia. The long lead time served a purpose though and Forsyth found it to be a valuable learning curve.

“It has been a long wait so I’m excited to get it out and show people this record. At the start it was such a transitional period. I’d just got signed and we had to get everything in order. Then the label wanted to release a couple of singles before the record came out, to get some hype behind it, and they need months apart to give the songs time to shine and so you realise that these things all take time. If it was me releasing it myself I would’ve just recorded it and chucked it out there and crossed my fingers,” laughs Forsyth. “It’s been a good learning experience and I’m really happy with how it has all gone in that sense.”

The title of the album is taken from a line in the song ‘White Noise’, where Forsyth sings “taken by the dawn and the dark”. As she explains, it sums up the album, both sonically and thematically. “I wanted to have a title that fitted the theme of the record rather than just picking it out of nowhere and I feel like this album has a lot of light and shade and a lot of darker lyrics and so I think the title goes well with that sound,” says Forsyth.

That sound she refers to has been expertly realised by producer Nicholson, who had the job of finding a clear line through Forsyth’s wide-ranging influences and ideas. “The music I listen to is very eclectic, I like old music, folk and rock stuff. The 70s era in general I’m a big fan of,” Forsyth confesses. “That all influenced the music I wrote and then when I gave Shane all these different influences I think he knew where I was going. The way it was recorded is beyond what I even thought it could be. As someone who isn’t very experienced, and doing my first record, I had all of these sounds in my head and I was hoping I could get everything into the one album without it sounding bizarre. I’m really stoked with it and it’s so much better than I ever could’ve imagined,” enthuses Forsyth.

With record launches, international supports and a 50 date Australian tour on the horizon, the rest of 2018 is set to be an exciting time for Tori Forsyth, an artist still learning her craft, yet doing it in style, with grace and enthusiasm. In a few short years she’s experienced a lot as a songwriter but there’s one important lesson she keeps coming back to. “When you first enter the world of songwriting you can get lost in how you’re writing and comparing your songs to others. Learning to write for yourself is the biggest thing I’ve learnt.”