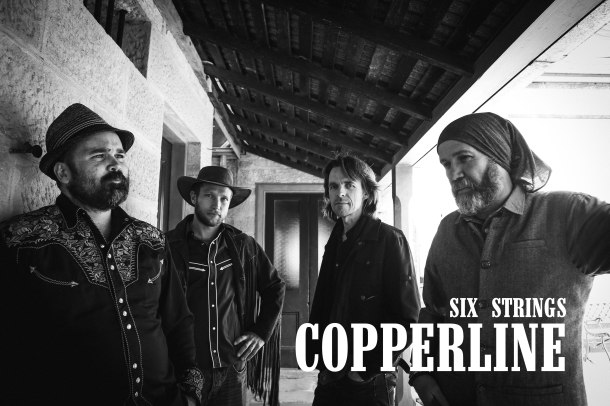 Sydney quartet Copperline recently released their debut album Rusty Fords And Weatherboards and celebrated with a wonderful night of music at LazyBones Lounge in Marrickville, NSW. We’ve got a full review coming soon but both the album and their live show highlights the band’s fine musicianship and the range of styles they bring to their music, whether it’s country, blues or rock n roll.

Singer, songwriter, guitarist and pianist Brad Christmas kindly answered our Six Strings Q&A and waxed lyrical about Neil Young, learning to play the piano and the band’s plans for the next 12 months.

What was the album that first led you down the dusty path of Americana/country music?

I’m a massive Neil Young fan and Harvest is probably still my favourite ever record. Someone helpfully pointed out to me it was a country album so I guess that was my gateway drug. The first ‘Americana’ record I fell in love with though was probably Gillian Welch’s Revival.

Making this record was a great chance to indulge our love of narrative song writing, twang and blues. We’re old enough now to not be overly self-conscious about just making music we love. The stories on this album come from the many years we’ve been travelling around playing music together in different projects, the places we’ve visited and the people we’ve met. Country is probably the biggest influence people will identify, but we also draw pretty heavily on rock and blues influences. It was a real thrill to pick Shane Nicholson’s musical brain in the studio in the making of it.

Hard to pick but the first thing that comes to mind is a NYE gig we did fairly recently at The Baroque Bar in Katoomba in the Blue Mountains. It was a classic old-school pub night. The bar was absolutely rammed full of people who were totally up for it. The crowd was so close we could see the sweat on their brows and smell the beer on their breath. There were people stage diving off a staircase. It was totally wild and I kind of reconnected with why I love playing music so much. 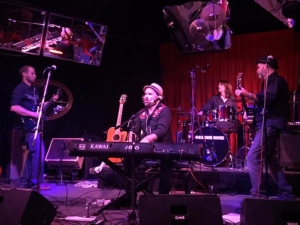 I started out my musical journey on the piano. I had the most beautiful, patient teacher as a kid. She introduced me to everything from Beethoven to Dave Brubeck and the Beatles and instilled a passion and joy for music. I’ve also got an uncle who’s a muso and growing up we used to do impromptu gigs and family gatherings, which I loved.

The song that means the most to me personally is probably ‘Please Don’t Cry’. I wrote it for a friend I lived with in London for a while. He’d made some pretty bad mistakes in his life that meant he was estranged from his wife and daughter, who he missed like anything. I wrote the song and played it for him and he said it was the most beautiful song his heard, which is still the best feedback I’ve ever had on my songwriting.

Neil Young in Crazy Horse mode. I’d love to sit in on one of those epic live versions of ‘Cortez the Killer’ or something like that.

Do you feel there is a strong country music community in Australia and if so, what does it need to keep growing?

Absolutely, and there’s a really healthy culture of supporting each other, getting out and seeing each others shows and stuff like that. I think the challenge, and this goes for any music genre community in the digital age, is to reach out to communities and audiences outside our little silo.

I’ve always loved bands that are versatile and can make you experience a range of different moods and emotions. Bands that can make you laugh, cry and then laugh again within a few songs. That’s definitely what we hope to do onstage. We also like a bit of banter and chirp with the audience as it’s really up to them how the show goes.

What’s been your favourite Americana/country release over the last year?

I absolutely adore Tori Forsyth’s Dawn of the Dusk.

To get out as much as we can to as many places as possible to play these new songs for old and new friends. We’ve got a couple of festival gigs lined up for the early part of next year (Blue Mountains Folk Festival) and are busy locking in lots of other dates.