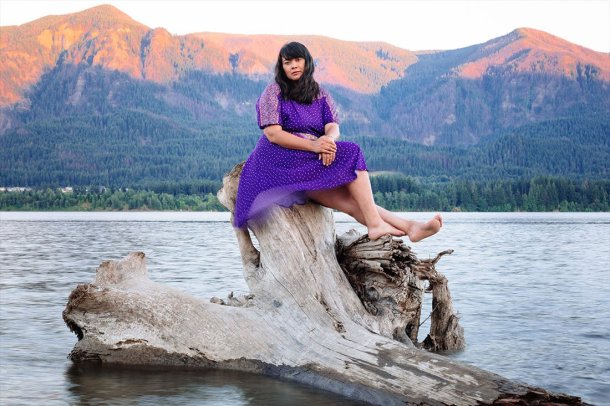 Here’s a new video clip for the track ‘Indians Never Die’, from Black Belt Eagle Scout, the name that Katherine Paul records under. She hails from the Swinomish Indian Tribal Community in what is now known as Washington State and this song comes from her debut LP Mother Of My Children which was released in September last year on the Saddle Creek label.

The Portland-based artist identifies as an indigenous queer musician and she describes the album as being about “grief and love for people, but also about being a native person in what is the United States today.”

I love the way this track moves along in a meditative and ethereal way, built on the repeating guitar motif and Paul’s vocal that reminds me of both Cat Power and Big Thief. The extra treat is when the drums enter the fray for the final minute, elevating the song with that added instrumentation.

Paul grew up in a small Indian reservation, the Swinomish Indian Tribal Community, surrounded by family focused on native drumming, singing, and arts. From an early age, Paul was singing and dancing at powwows with one of her strongest memories at her family’s own powwow, called the All My Relations Powwow. Paul reminisces, “When I was younger, my only form of music was through the songs my ancestors taught the generations of my family. Singing in our language is a spiritual process and it carries on through me in how I create music today.” With the support of her family and a handful of bootleg Hole and Nirvana VHS tapes, Paul taught herself how to play guitar and drums as a teenager. In 2007, she moved to Portland, Oregon to attend college and get involved with the Rock’n’Roll Camp for Girls eventually diving deep into the city’s music scene playing guitar and drums in bands while evolving her artistry into what would later become Black Belt Eagle Scout.

🎶 NEW MUSIC: Tim Easton – You Don’t Really Know Me [video]
🌵 @thejessedaniel 2021 album Beyond These Walls on the PTW stereo this evening.
🎶 NEW MUSIC: Nick Watt – Chimes in the Wind