Possessing one of the finest voices on the Sydney music scene, Peta Caswell has finally stepped out under her own name, with her band The Lost Cause, and released her debut self-titled EP (on Stanley Records). Blending country rock, soul and alt-country, Caswell knows how to belt out a rich, soaring chorus as confidently as channeling heavy-hearted sadness and melancholy. Caswell kindly took the time to answer our Six Strings Q&A.

You can catch Peta Caswell & The Lost Cause at the following shows:

What was the album that first led you down the dusty path of alt-country/Americana music?

Describe your latest release in 100 words…

The Peta Caswell and The Lost Cause EP is an introduction to who we are as a band. We recorded it at Golden Retriever studios in Marrickville and tried to keep the songs pretty close to the way we sound live. There are a couple of extra sneaky harmonies and keys parts in there, but on the whole I think it sounds pretty close to our live show. The first track ‘Better With You’ was written with Michael Carpenter; the second track ‘(I Don’t Wanna Be) Your Baby Now’ was written with Allan Caswell; and the third track ‘All That You Dream’ is a cover of a Little Feat song that we’ve been playing since the beginning. I figured that if we recorded if we’d have a good excuse to keep playing it live!

Honestly, I can’t think of one, I don’t think we’ve had our memorable gig yet. Heaps of awesome gigs just because they were fun or we played well, but I don’t know I really have one in particular that I’d class as memorable yet… Watch this space! 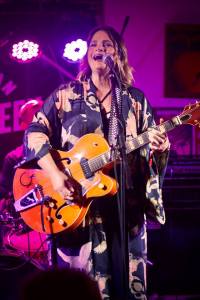 I was always singing as a kid, so when I was around seven or eight Mum and Dad enrolled me in a dancing school which also taught singing. I grew up doing talent quests around shopping centres and clubs, and going to Tamworth every year. After my first year of going to Tamworth I realised that I really needed to be able to back myself on an instrument, so when I got home from my first festival I taught myself guitar.

Do you feel there is a strong alt-country music community in Australia and if so, what does it need to keep growing?

I think there is, and it’s a great community to be a part of, everyone is incredibly supportive and welcoming. It needs the support of venues and bookers to make sure artists get paid for shows, and for people to continue coming to gigs and take a chance on acts they haven’t heard before. 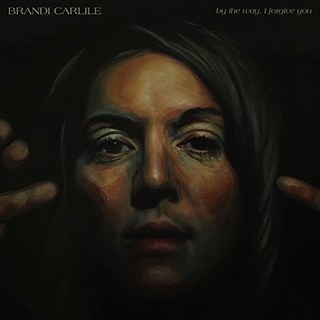 What’s been your favourite Americana/alt-country release over the last year?

By The Way, I Forgive You – Brandi Carlile

We’ve started getting songs together for an album, so the aim is to release something early next year. Aside from that, we’ll be playing a bunch of shows around Sydney and hopefully interstate.

#snoopy #townesvanzandt
On first listen I’m very impressed with the new @joehenrymusic album All The Eye Can See. A raft of impressive guests including Marc Ribot, Bill Frisell and Daniel Lanois contribute to the atmospheric and quite beautiful musicality that accompanies Henry’s astute, emotive and evocative songwriting.
NEWS: Love Police has today announced that Kentucky's IAN NOE has had to pull out of what was to be his first Australian tour, a co-headliner with fellow young Southern singer-songwriter, Alabama's EARLY JAMES. In a like-for-like swap, Early James will now be joined on tour with another first-time Australian tourist and up and coming singer-writer, Cincinatti-based ARLO McKINLEY, who was the last artist signed by the late John Prine to his Oh Boy Records label.