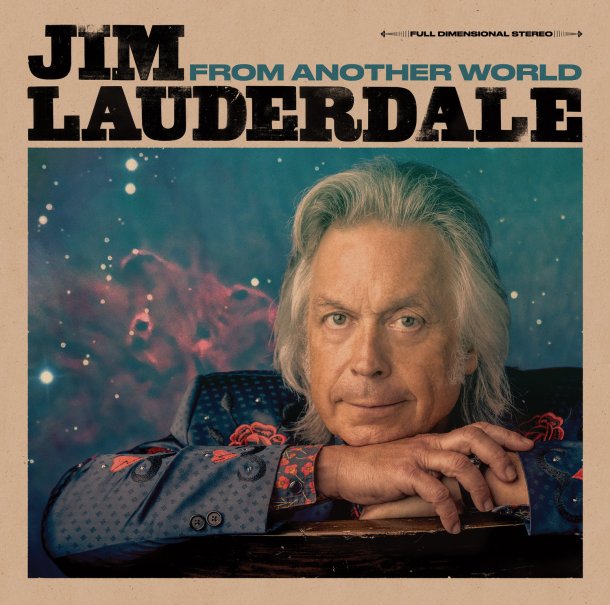 By all accounts this is Jim Lauderdale’s 32nd album and it follows hot on the heels of last year’s excellent record Time Flies. From Another World shares many sonic similarities with its predecessor but as the title suggests there’s even more of a cosmic vibe to these twelve songs.

Lauderdale has always been adept at using the traditional musical cornerstones of country music and here he again utilises pedal steel, shuffling drums, honky-tonk piano and acoustic and electric guitar. Opener ‘Some Horses Run Free’ is a strong start, high on energy and soaring melodies that reminds us of local band Lost Ragas. ‘The Secret Of The Pyramids’ is one of the album highlights with Lauderdale weaving and winding his slow-paced and rich voice around a brisk and lush arrangement.

Lauderdale cajoled some fine guests into working with him on this album, both in terms of songwriting (Melba Montgomery, Buddy Cannon, and emerging songwriter Logan Ledger) and in the studio. The gorgeous ‘For Keeps’ features harmonies from Lillie Mae and her brother Frank Rische, while pedal steel player Russ Pahl works his magic throughout.

The search for love and compassion is a thread that runs through the album. Lauderdale consistently sings songs in an empathetic tone, with a yearning quality. It casts the album in a nostalgic dream-state at times – a setting that works wonderfully with his psychedelic country leanings. He’s not too precious to lighten the mood though, leaving the listener with the country funk levity of ‘Are You Trying To Make A Song Out Of Us?’

On From Another World Lauderdale is relaxed and right at the peak of his songwriting abilities, framing each composition with wonderful sonic accoutrements.