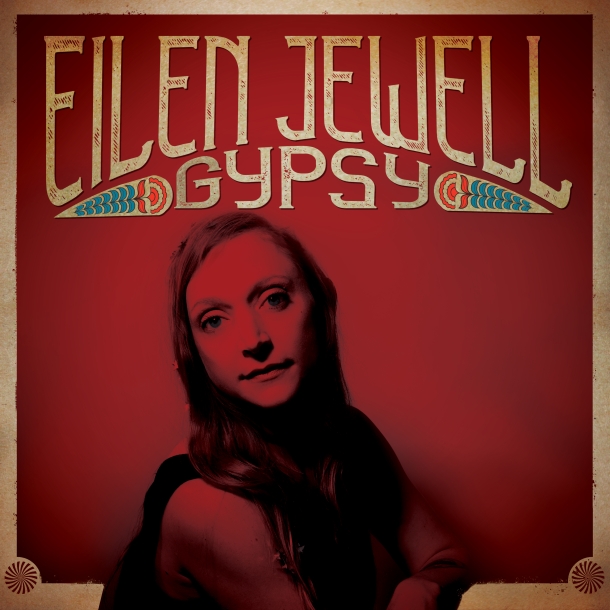 There’s always the sense of an artist playing her own game when it comes to Eilen Jewell. She lets her muse dictate where she places her creative energy, whether that’s whole albums devoted to obscure blues or Loretta Lynn songs, providing backing vocals to other artists such as Pinto Bennett, or her own faultless run of seven solo albums of original songs.

Gypsy is yet another resounding recording and songwriting success for Jewell. On the surface it has a tougher exterior, bolstered by warm and well-rounded production that captures all the key elements of her sound – the humour, the sensitivity, the sass and the wisdom. Just check out ‘Miles To Go’ where the drums sound right there in the room with you, the bass rolling around while the guitars paint subtle, evocative strokes.

She’s dipped into political terrain here too. ’79 Cents (The Meow Song)’ takes a humorous swing at the current state of American politics over a slow, rhythm-heavy slice of country holler. On the beautiful title track, she harnesses the guitar brilliance of Jerry Miller to create a cosmic, shimmering country track that sounds dreamy and ethereal, with one foot on the ground and the other drifting skyward. ‘Working Hard For Your Love’ details the struggles and necessary commitment needed to build a successful relationship while ‘Witness’ rewinds to a simple 50s soul feel.

“Don’t take fear to be your guide,” sings Jewell on the closer ‘Fear’ and it sums up her approach to music. She negotiates it with honesty and openness while crafting and performing songs with the weight of Lucinda Williams and the same direct-line-to-the-heart quality that songwriters such as Gillan Welch do so masterfully.