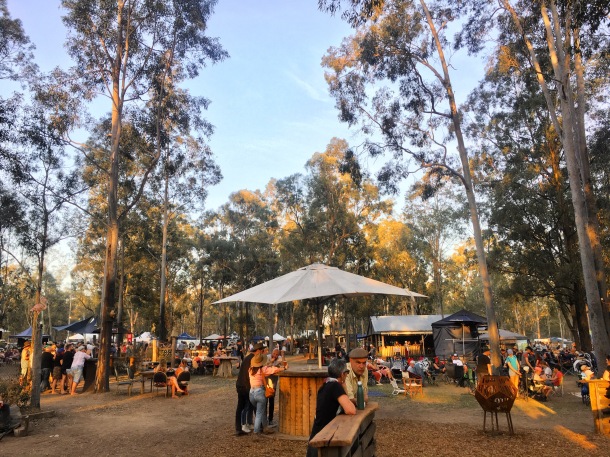 Arriving at the Dashville property instantly feels like the perfect respite from the city and a healthy disconnect from the digital world. After campsites are established it quickly becomes apparent how easy it is to move around and access all the onsite amenities. From the bar to the food trucks, market stalls, a kids zone with petting zoo and skate ramp, merch tent and more. They’re all staple festival requirements but each year at Dashville they’ve refined and upgraded when and were necessary. This year there was more shelter from the sun and seating spots to hang out, all with prime vantage points to kick back and take in the sounds from either the main Townes Hall stage or the smaller Willie Wall stage.

Following the Welcome To Country, Carl The Bartender set the mood from the opening set with laidback country rock and his weathered, gritty drawl. The pattern for the next two and a half days, for the obsessive music fan wanting to see every act, was a brisk walk between the stages as sets ping-ponged between them, with only a few minutes of downtime. Lincoln Mackinnon & The Wrecking Train (WA) were the first surprise highlight of the festival. The towering frontman pulled out all the rock ’n’ chops and stage moves and backed it up with great songs, some killer saxophone playing and unbridled enthusiasm.

Freya Josephine Hollick showed just how her sound continues to evolve with a set that included tracks form her forthcoming new album. She’s less pure folk now, drawing from a wider palette of cosmic country sounds that suit her to a tee. Hannah Aldridge originally hails from Muscle Shoals, Alabama and she certainly brought that mix of soul and country rock to the festival with sets on both the stages across two days. A strong and rich voice was backed up by enthralling storytelling and songwriting.

Archie Roach was one of a handful of artists sharing the largest font size on the festival poster and accordingly he gave a magnificent performance. He only played a handful of songs but the attentive audience, seated in the dust in front him, were transfixed with stories of the land and this country – the good and the bad. Local songwriter James Thomson lifted the guitarist quota in his band and he to previewed some quite superb songs from  his forthcoming new album.

Back to the main stage and Skyscraper Stan and the Commission Flats found themselves with a prime evening position in front of a crowd that wanted to cut loose. Perhaps reacting to travel issues, they were a band right in the pocket of tightness and free abandon, with Stan the poet and showman leading them into the night, complete with a raunchy dance with a bride-to-be stage invader. First day festival goers were sent back to their tents on the back of two high voltage sets of countrified rock ’n’ roll boogie from The Re-mains and Heartbrokers.

With the music kicking off at 9am, there was a long line for coffee on the morning of Day Two. Perhaps it was to nurse hangovers or prep for the 15 hours of music ahead. With light, misty rain falling, The Weeping Willows were a spot on choice to start the day. Their warm vocal harmonies and Andrew Wigglesworth’s sublime acoustic guitar playing were wonderful as they always are. As the morning proceeded, Dave Garnham & The Reasons To Live (NT) played a strong set before the youngest act of the weekend, Little Quirks, brought a bouncy folk energy to the main stage. It was great to see the teen band, comprised of siblings and cousins, bringing their melodic songs and personality the a responsive audience.

Dave Garnham & The Reasons To Live

Ahlia Williams threw a spiked heel and spilt drink into proceedings with her wired and stripped-back blues rock. She showed she has attitude to burn with the songs and guitar playing to back it up, as did fellow Novocastiran Nicholas Connors later in the evening. Suicide Swans had driven down from QLD and though frontman Kyle Jenkins was showing the effects of a heavy Dashville bar induction the previous night, they impressed with their psych alt-country widescreen sound, while Sean McMahon & The Owls provided a warm and beautifully melancholic soundtrack to the dust-filled late afternoon beams of sunlight streaking through the gum trees.The evening was again a mixture of styles and intensity.

Emily Wurramara blended story and song, much like Roach the night before, and it was fascinating companion set from the new generation of indigenous songwriters. Irish musician Amy Montgomery upped the free factor with a faceprint and feathered shoulders combo but it was her voice and infectious enthusiasm that connected most strongly with the audience. From heavy metal wailings to Jeff Buckley-like prog explorations, there was much to be impressed with. It was left to William Crighton who in the past we’ve described as the dark prince of Dashville, to close the Saturday night. It was a consolidating set with songs from across his albums, delivered with less intensity than at past Skyline events but no less passion and artistry.

On Day Three the music was interspersed with a range of workshops, instrument swap meets and panel discussions  – part of a a welcome addition right across the weekend. The main stage reopened with Andy Abra & The Big River Band laying down solid and authentic outlaw country songs before the high contrast of Archer and his cosmic poetry and old world folk songs that were both hilarious and layered with deep observations.

Magpie Diaries, led by one of the festival organisers Magpie Johnson, were resplendent in their sweet blend of Americana and yacht rock before the irrepressible Fanny Lumsden made her Dashville debut and instantly won over the early afternoon crowd. Dark metaphorical clouds gathered over JD & The Hungermen’s set as they upped the volume, stage banter and rock shapes before the traditional Sunset Super Round kicked off with a revolving door of artists covering favourite songs from The Band, Nick Lowe, Phoebe Bridgers, Joni Mitchell, Warren Zevon and many more. 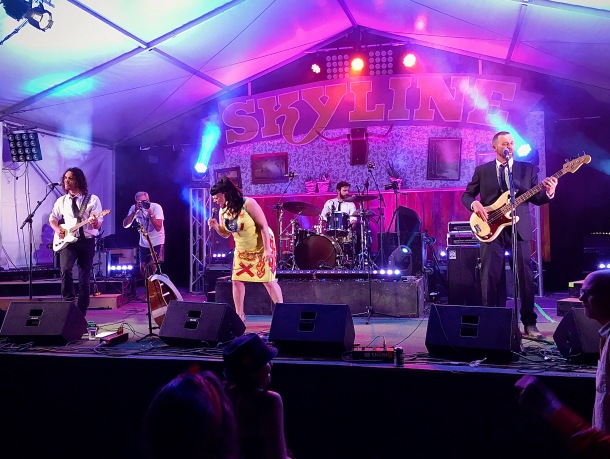 Closing night found an absolute barnstorming set of soul, country and rockabilly from Tami Neilson (NZ/Canada). It was a world class performance, the highlight for many at the festival, leaving them screaming for more, to no avail. Leo Rondeau brought things back to earth in his inimitable way – that super mellow mix of Townes Van Zandt and a honky tonk hardwood floor (in this case dust). Dashville Progress Society played a themed set of songs from Tarantino movies. Not all of the song worked as well as the many highlights but it was an impressive undertaking that excelled on the back of the band’s enthusiasm and playing, with up to eighteen people on stage during some songs.

It was left to Wagons to close out the festival and they did that with an uptempo and at times manic set. Highly entertaining and a reminder of their status as one our pre-eminent alt-country rock bands. It all ended in a climactic sing-along with Henry Wagons among the tired and delirious punters screaming out the song Willie Nelson at the top of their lungs. The perfect end to a top-shelf festival with a real sense of community and impeccable curation that continues to get better and better each year. 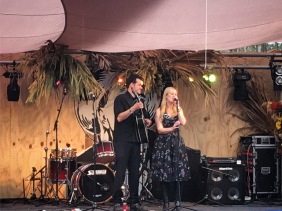 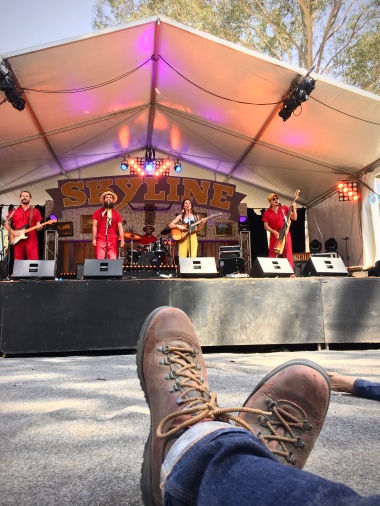 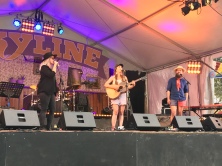 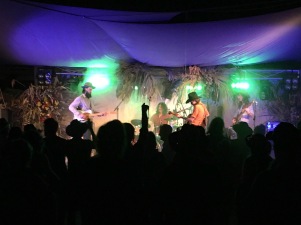 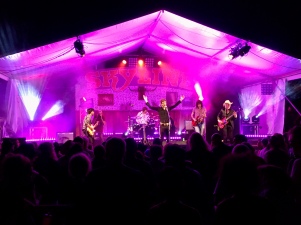