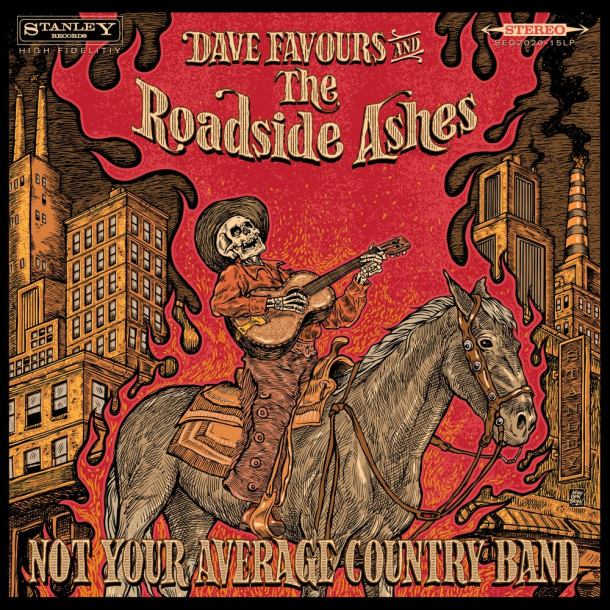 It’s been six years since Sydney songwriter Dave Favours released his solo album Wet Suburban Sunday, but he’s spent those years building up the roster on his label Stanley Records, releasing the Australian alt-country compilation Take Me To Town and honing the sound of his band The Roadside Ashes. Having a solid group of great players has paid dividends too, with Favours’ rock ’n’ roll and punk flavoured country songs about the trials and tribulations of modern living sounding a lot more evocative and worn in like a good pair of cuban heels on city sidewalks.

‘The Truth Got In The Way’ channels The Clash and Uncle Tupelo in its chorus while the harmonica and pedal steel of ‘Vanessa’s Song’ adds some wonderful shade and texture. ‘Out Of Time’ is a highlight of the album, venturing into the shadows with its desert noir shuffle and whispery growl while ‘Where Are You Now’ possesses a distinctive countrified Australian pub strum sound that conjures up images of schooners of Tooheys New, sticky carpets and pool tables.

Favours has a limited range in his singing voice yet he’s clearly aware of that, instead focusing on phrasing and lyric to convey his songs on what is a solid collection of inner city Australian alt-country songs for the new decade.