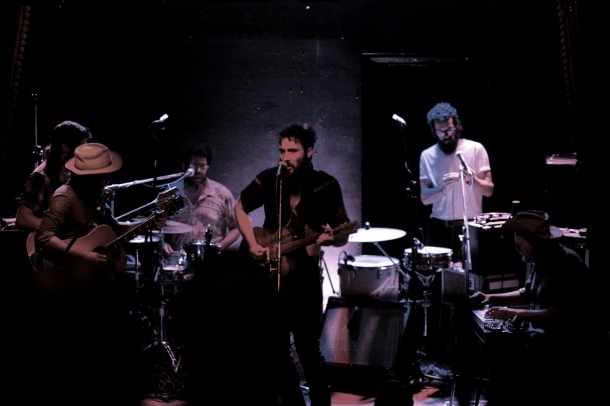 William Crighton’s debut album has been receiving plenty of glowing reviews since its release and this was a night to celebrate the new record – for both fans and Crighton and his band.

Partners in life and partners in music – Amber Rae Slade and producer Matt Fell kicked up a fine and impressive storm of soulful and sassy Americana. Their sound is the deep, rich country music of the South, where the blues runs deep. Multi-tasking masters, they both played percussion and guitars with Fell the solid sideman to Slade’s intoxicating blend of attitude and sultry swagger, singing songs of heartache and life’s wins and losses.

Magpie Diaries eschewed percussion for just stringed instruments and locked into an emotive set of singer songwriter balladry. Magpie runs the Dashville events north of Sydney and his love for the music he presents there clearly runs deep in his own songs. Often with eyes closed, he sang with an honest conviction, like a less husky Ray LaMontagne.

Starting with one’s best known song is a bold move but William Crighton and band nailed it, drawing the audience into the quiet intro of Woman Like You before building the intensity into a full blown rock song. That was the pattern for the night – the quiet, mumbled introspective moments contrasting with widescreen heartland rock n roll. Crighton’s band has a fine balance of players and styles, from Jason Walker’s superb pedal steel playing to guest drummer (and album producer) Matt Sherrod’s (Crowded House, Beck) drumming and Chris Dale’s subtle guitar work adding texture and detail.

Crighton’s confidence as a frontman has clearly grown over the last 12 months with his song introductions, audience interaction and the ability to command the stage and room, via his presence and through his songs. The majority of the album was played with songs given different live treatments – stretched out, sonically expanded and subtly shaped to make the most of the band’s versatility and range. Crighton left the enthusiastic crowd with a stunning solo (plus pedal steel) rendition of Eric Bogle’s And the Band Played Waltzing Matilda before the band returned with Neil Young’s Rockin’ In The Free World, that went from restrained and moody to a heady, celebratory rush. 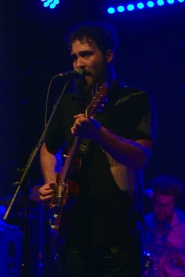