Rich Davies & The Low Road are heading out on tour through March and April, taking in regional and metropolitan venues in NSW, QLD and VIC. He’s touring his new album Ghosts which shines a light on human stories and social struggle, traversing foot-stomping epics to sombre ballads. Think Springsteen meets The Pogues, glorious and visceral folk music with a dark undercurrent.

The first single from the album is ‘Dirt Under My Nails’, which is set to be covered by The Bushwhackers for their 45th anniversary LP. Check the tour poster below (presented by Mother Hen Touring) and hit the Bandcamp link at the bottom of the post to preview the album before purchasing. 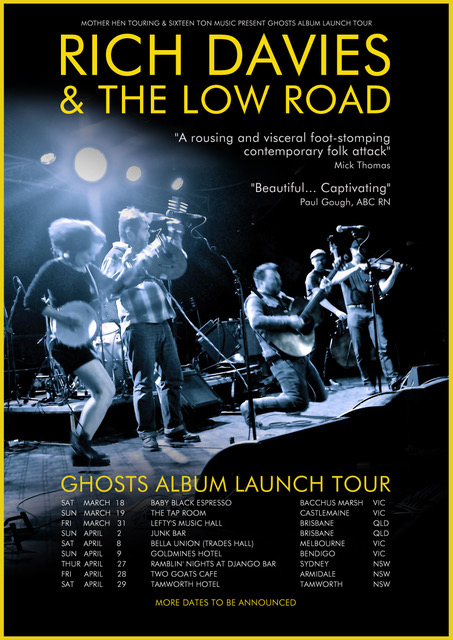