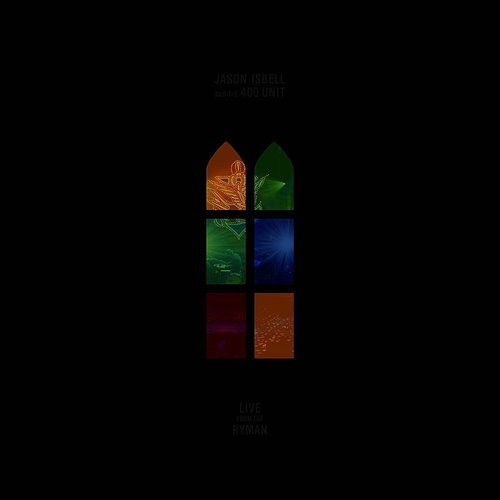 There’s that age old conundrum with live albums – it’s never going to be as good as actually being there but you get to hear different versions of songs and and the nuances within them. Jason Isbell released a live EP back in 2008 and the Live From Alabama album in 2012 so it’s clear he’s always been immensely proud of what he and his band The 400 Unit can do onstage in front of an audience. While those earlier record showed a band in full flight, with something to prove, Live From The Ryman sees them in full command and finding greater depth and clarity in Isbell’s songs.

All of the tracks come from Isbell’s recent and positively received albums, The Nashville Sound, Something More Than Free and his breakthrough album Southeastern. It’s the tracks off that record, ‘Elephant’ and ‘Cover Me Up’, that sound like timeless classics, performed with real poise and power. When his voice accelerates up through the notes in ‘Cover Me Up’ it’s positively transcendent. Amanda Shires’ violin sounds more organic and effective than it does on the records and the band in general are always tight but without squeezing the space and oxygen out of the songs, instead allowing them to stagger, sway and holler when required.

‘Super 8’ always felt like a throwaway track on Southeastern, gatecrashing the refined beauty around it, but here it makes more sense amid the volume and devoted fans, allowing everyone on stage to go full-rock like a Southern frills-free bar band. ‘White Man’s World’ is righteous and defiant, an important song for these times, while Isbell leaves us with the intimate and literally timeless love song that is ‘If We Were Vampires’. It’s a satisfying way to pull back from the rock n roll and remind the audience of Isbell’s craft and the power of economical and emotive songwriting.

The biggest problem with this album is the sound quality. It’s bad enough to detract substantially from one’s listening pleasure, especially the drum sound on the first few songs. Someone should have made the call to go for different recordings from across the five nights – or can the album completely. Embarrassingly, the livestream on You Tube sounds better than this live album.

One thought on “ALBUM REVIEW: Jason Isbell & The 400 Unit – Live From The Ryman”