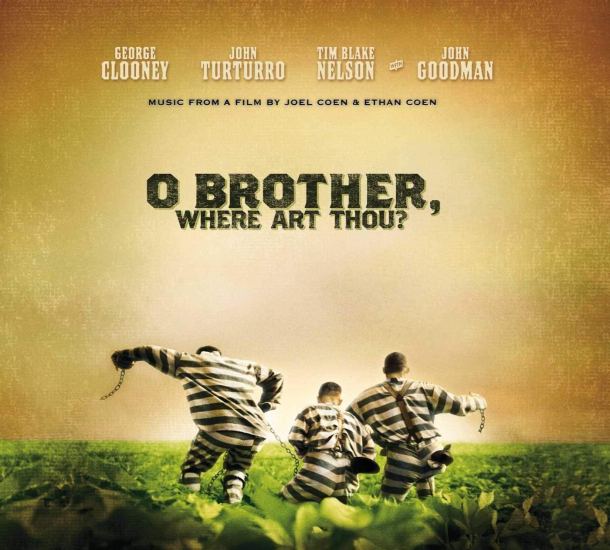 Sounds Of The Silver Screen

Soundtracks always play a crucial part in establishing mood, location and emotion in film, and country and folk music is purpose-built for filling that role – whether it’s adding colour to a bar-room brawl, chronicling broken hearts or conveying the power and fragility of nature and the great outdoors.

The golden era of western films from the late 1930s-1950s provided another outlet for country and folk artists who had previously relied on recordings and live performance to reach their audience. Out of those films came the singing cowboy actors such as Gene Autry and Roy Rogers and groups such as Sons of the Pioneers and Riders of the Purple Sage. For fans of that era and style I’d recommend checking out Mark Sholtez and Jen Mize’s 2018 album Twilight On The Trail which reinterprets some of those songs.

In more recent decades there has been a whole range of country and folk music styles that have made their presence felt on the silver screen. The most prominent one is O Brother, Where Art Thou? which spawned the popular soundtrack and live shows and took artists such as Alison Krauss and Gillian Welch & David Rawlings into households they may have never otherwise reached. That formula was again repeated more recently by the directors Joel and Ethan Coen and music producer T-Bone Burnett in their 2013 film Inside Llewyn Davis.

On the country music side of the tracks, Burnett was also heavily involved in Crazy Heart (2009) which featured the music of Ryan Bingham, Buck Owens, Waylon Jennings, Townes Van Zandt and The Louvin Brothers. The soundtrack went on to win Best Compilation Soundtrack Album for Motion Picture and Bingham’s song ‘The Weary Kind’ won Best Song Written For Motion Picture at the 82nd Grammy Awards.

Traditional songs can use both musical and lyrical elements to convey the emotion or context of a scene, but instrumental Americana music that uses avant garde and experimental approaches to their soundscapes has also made an impact in film. One of Neil Young’s most unique albums is the soundtrack to Dead Man, Jim Jarmusch’s film starring Johnny Depp. There’s a haunting, dream-like quality to the music that incorporates samples of the actors speaking with Young’s distorted and reverb-laden guitar conjuring the spirit and atmosphere of the film’s desert, backwoods and wild-west setting.

Nick Cave and Warren Ellis have also composed some compelling western-noir soundtracks, particularly The Assassination Of Jesse James By The Coward Robert Ford with Ellis’ violin a key factor in evoking the landscape and drama of the film. Both Young, Cave and Ellis’ work in this area is surely influenced by the music of Ry Cooder and his work on films such as Paris, Texas. I’d recommend checking out his album Ry Cooder: Soundtracks which covers seven of his scores between 1980-1993 and is a brilliant introduction to his scoring work.

In the 1980s Honeysuckle Rose, which starred Willie Nelson as a struggling country singer, earned him a nomination for an Academy Award for Best Original Song for ‘On the Road Again’, while elsewhere on the soundtrack Emmylou Harris and Hank Cochran make appearances. From the same decade, Nelson also starred, alongside Kris Kristofferson, in Songwriter, with both artists recording the bulk of songs for the soundtrack.

So far I’ve focused on fictional films in this column but on a more obscure note, one soundtrack that I’ve always been fond of is from the film The American Dreamer (1971), a loose biographical documentary on Dennis Hopper while he was editing his cult classic film The Last Movie in New Mexico, in the aftermath of the success of Easy Rider. The album features exclusive recordings by Gene Clark, John Buck Wilkin and more obscure artists such as The Abbey Road Singers and Chris Sikelianos. Light In The Attic Records reissued the soundtrack on vinyl in 2018 and more recently on CD.

Of course there have been a large number of country and folk music biopics made over the years, which we plan to take a look at in a future Waitin’ Around To Die column.