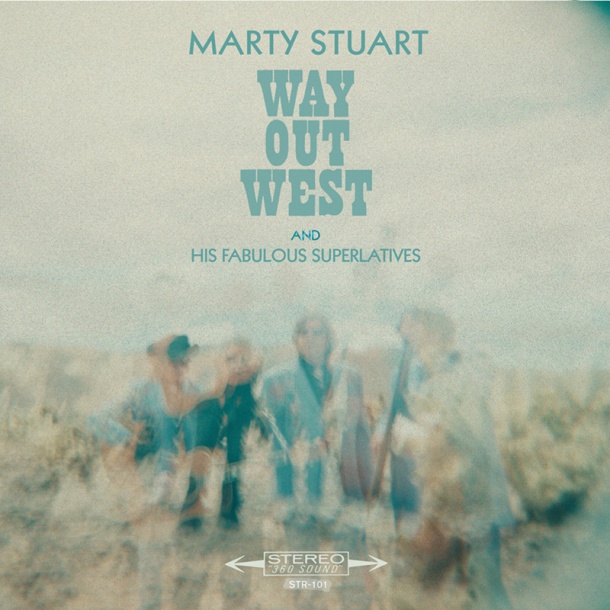 Marty Stuart is one of the bridges between new and old, classic and contemporary country music and this week the Five-time GRAMMY-winner will release Way Out West, his 18th studio album, on March 10 on Superlatone \ Cooking Vinyl Australia, and it will be available on CD, Vinyl, Digital download & streaming. Here’s the album trailer and keep scrolling down to hear the first single ‘Whole Lotta Highway (With A Million Miles To Go)’.

The album was conceived as a love letter by one of Country music’s living legends, who has played with everyone from Cash to Lester Flatt, to the lonely but magical American West, specifically the promised land of California. “If you go and sit by yourself in the middle of the Mojave Desert at sundown and you’re still the same person the next morning when the sun comes up, I’d be greatly surprised,” says Stuart. “It is that spirit world of the West that enchants me.”

Marty Stuart is a five time GRAMMY-winner, platinum recording artist, Lifetime Achievement Award recipient from the Americana Music Association, Grand Ole Opry star, country music archivist, photographer, musician, and songwriter. Since starting out singing gospel as a child, Stuart has spent over four decades celebrating American roots music. His teenage years on tour with bluegrass legend Lester Flatt in the ’70s were followed by six years in Johnny Cash’s band in the ’80s, and a chart-topping tenure as a solo artist in the ’90s. Stuart hosts a Late Night Jam at The Ryman, a yearly tradition which kicks off the CMA Music Festival, with recent guests including Dolly Parton, Jerry Lee Lewis, Neko Case, Eric Church, Chris Stapleton, Maren Morris, Dan Auerbach and many more.

3. Lost On The Desert

14. Wait For The Morning