His debut album heralded the arrival of a timeless and exciting new country and folk voice, yet for Marlon Williams he’s only just starting to realise his songwriting ambitions with the baroque pop sound of his new album Make Way For Love.

Down the phone line from New Zealand, Marlon Williams has just landed at Auckland International Airport where he’ll be reuniting with his band and rehearsing the songs that will accompany them on yet another daunting round of tour dates across the globe. By the end of May, Williams and co will have traversed the UK, Canada, USA, Europe, Australia and New Zealand, performing Make Way For Love and introducing fans, new and old, to another chapter in his musical evolution.

“The more time you spend away from home the more complicated your re-entry and departure is. There are more loose ends to tie up all the time it seems,” confesses Williams, with a tinge of reticence in his voice. Any sense of pre-tour reluctance quickly dissipates when talk switches to translating the new songs from studio to stage. “We’re going to attack them with a fresh 2018 attitude and see what other nuances we can bring to the table with them. There’s been a little bit of organic growth that comes with repetition playing the songs live and things start to shift subtly. It’s a good challenge to approximate an album sound with limited means. Generally we’re trying to represent most of the songs as they are on the album,” explains Williams.

Break-up albums are an eternal source of material for songwriters. They deal in revenge, self-pity, remorse, guilt and anger yet Williams’ firm belief that “music is therapy” allowed him to dig deep into the causes and meaning behind his fractured relationship with partner and fellow musician Aldous Harding, from a romantic and honest perspective.

“It was absolutely part of the process of working through the end of a relationship. I’ve always thought of music as therapy as a listener, but as a creator of music it was new territory and that was exactly what it was. It was really cathartic and I was able to put my finger on a bunch of things I couldn’t express or internally process,” Williams reveals.

With both of them being songwriters of emotionally driven music, Williams had no qualms about Harding hearing the album or a particular need to seek out any kind of pre-approval from her. “The whole relationship started through music and it was very much par for the course and the motive of our relationship so it kind of felt like a continuation of that.”

When it came to writing Make Way For Love, Williams had the concept for the album but as he is wont to do, only sat down and wrote the songs under the pressure of approaching deadlines. “Most of the ideas were there, in some way or another, in my head over the previous year or so but none of it really came out until it came right down to the wire. Then it just came out in one big block with a couple of exceptions. It did feel kind of easy and natural and necessary in terms of the subject matter and trying to work out was going on and find the best way through it.”

Writing on the road has never been something that Williams has found easy, or felt inclined to do, preferring to stockpile ideas for later use. “I still pretty much only write at home. Ideas germinate when I’m touring and roll around my head and drive me nuts. I’ve got this habit of not touching them again until I need to. I never really feel the energy or drive to do it when I’m touring. I just keep them in a little corner of my brain or there will be a cryptic message on my phone and I have no idea what it means. I’ll usually just listen to it and take it in a completely different direction to what I intended in the first place.”

Part of that writing process involved the introduction of piano as a primary instrument of composition. With only minimal lessons as a youngster, Williams let intuition lead him into some new and interesting places when it came to shaping the new songs. “I started going to the piano instead of the guitar and I think in a lot of ways, through my limited ability and inclination to go to different chord structures, it influenced the style of the songs. It was about swapping out the medium to influence the message.” 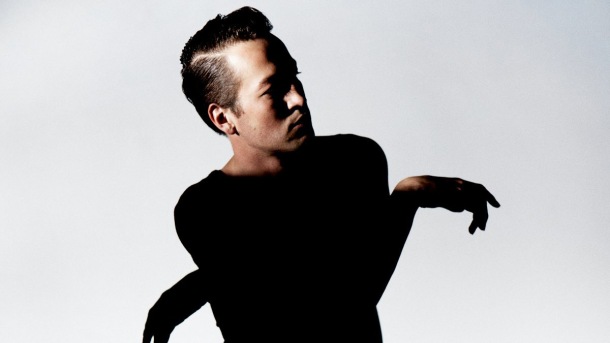 One of the main differences between Make Way For Love and Williams’ self-titled debut is his stepping away from a more folk and country-based sound and into the realm of lush and ornate dramatic pop music. Not pop in the chart sense but harkening back to the melancholic lyricism of Leonard Cohen and Scott Walker. “Definitely a lot of Scott Walker,” agrees Williams. “There’s a push towards more baroque pop sensibilities that were touched upon with the first album. The sense of sweet nostalgia that comes with that sound really fit the tone of the subject matter.” That shift is part of Williams’ desire to leave his creative options open and untethered to restrictions of genre and audience expectations. “I feel that restless need to stay away from the musical GPS. It’s something you try and subtly do in all aspects of public persona to give yourself the freedom to explore further and go in any direction you want. It can’t help but be beneficial,” he stresses.

Prior to recording the new album, Williams had only ever worked with producer Ben Edwards in his studio in Lyttelton, NZ – the same place where fellow New Zealanders Harding and Nadia Reid have also recorded. This time he only did pre-production there, mapping out his ideas for the album before decamping to Northern California to record with Noah Georgeson (Cate Le Bon, Devendra Banhart, Joanna Newsom, Bert Jansch). Williams’ decision to record with Georgeson was a simple one. “Purely the fact that I’d never recorded with anyone else, It felt like an opportunity to do that. I was infatuated with a couple of the albums that Noah had made, especially those Cate Le Bon ones. It felt like it was a thing that was possible to do so I did it that way.”

There’s a warmth and intimacy on Make Way For Love that validates Williams choice of producer. The album balances the organic and the theatrical without overstepping its own ambition. A perfect example is the first single ‘Nobody Gets What They Want Anymore’ which sways and shimmers with Gallic pop drama before dissolving into an exquisite 90 second final section where Williams’ swooning voice hangs on lush strings. It’s understated and grandly eloquent at the same time and a testament to both Williams’ writing and performance and Georgeson’s production nous.

“The most unexpected elements came from the dynamic during the process itself, the physical recording of it. Just realising that it was a pretty naive assumption that everyone produces albums the same way, that everyone does it the way Ben does it. It took a couple of days in the studio to work out a comfortable relationship. Noah is very passive presence in the studio and the magic comes from getting great sounds and then tying things together and solidifying the one sound. He’s a very aurally based producer,” recalls Williams of the recording process.

Make Way For Love and its intensive touring schedule promises to broaden Williams’ fanbase and it’s all part of the continuing plan for his career. “Steady growth is the aim. The want to be able to continue to do this and for it to get easier and more financially rewarding. Making it a more streamlined machine and allowing me to continue to be able to work in the way that I want to. It’s a progressive long game.”

🎶 Kicking off the day at PTW HQ with the rock ‘n’ roll brilliance of Buddy Holly.
🎶 NEW MUSIC: The Deltaz – I’ve Been Rejected
More classic country sounds on the stereo with this fantastic comp Black Smoke: Gems From The Starday Vaults feat. Buck Owens, Cowboy Copas, The Stanley Brothers, Dottie West and more!