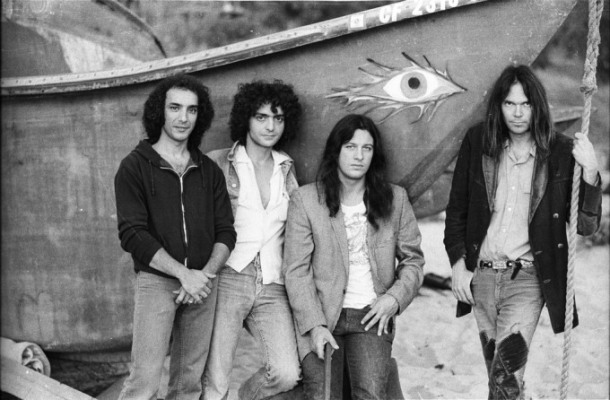 The Gateway Drug to Americana Music

Finding an entry point into a genre that you previously had little interest in, even disdain for, can be a revelation, a hidden door leading to a lifetime of new discoveries and musical obsessions. For me it was having my eureka moment with the godfather of Americana – Neil Young.

The year was 1989, at the Mt Smart Supertop in Auckland, New Zealand, where Neil Young was touring with his band The Lost Dogs – Frank Sampedro (Crazy Horse), Rick Rosas, Chad Cromwell and Ben Keith.  I was already casually aware of Young as a songwriter, a kind of hippy rocker in my teenage mind, who’d written ‘Heart Of Gold’ and ‘Old Man’.

My uncle took me along to the show and initially everything seemed to be going to script, meeting my expectations of solo acoustic, country folk music. Then some idiot decided to throw a coin, which by chance (or not) hit Young in the head causing the song to come to a sudden halt and his abrupt departure from the stage. Would he return? Was he badly injured? A bald and burly figure lurched toward the mic, calling out the villain of the piece. It was Michael Chugg reading the riot act. The audience quickly and willingly offered up the offender who was taken backstage for a reportedly brutal dressing down by Young.

What happened next changed my life. Young and band returned to the stage, stormed it almost, playing hard, fast and aggressive versions of ‘Down By The River’, ‘Rockin’ In A Free World’, ‘Hey Hey, My My (Into The Black)’ and more. The bear had been prodded and the his hackles were up and it felt like amps could quite feasibly burst into flames as that shaky, shaky voice rang out ragged through the tent. It was a slack jaw moment, sensory overload and goosebumps galore. Danger, rock ’n’ roll and raw anger on full unrestrained display.

Immediately after the concert I hunted down a vinyl copy of Live Rust and then every other album and onto the bootlegs. I was hooked and he was my musical hero. Where this is heading is that the moment that coin was thrown, a chain of events was set off that shaped my musical life. Playing a cover of ‘Cinnamon Girl’ in my first band, following the other musicians he played with, hunting out music that fit the same sonic ideology as Young and listening to and understanding music in a different way.

He was my gateway drug to Americana music – or as it initially manifested, country-rock and then alt-country. He sent me back to Gram Parsons and Hank Williams and sideways to Dylan, Willie Nelson and Townes Van Zandt. He seemed just at home at the Grand Ole Opry as he did sharing a stage with Sonic Youth or Pearl Jam. It’s in that context that I view Young as the godfather of Americana music.

Clearly he wasn’t the originator, nor the most authentic purveyor of any one genre but his stylistic flexibility – weaving folk, rock, country, blues, rockabilly, and grunge into one jumbled musical stew, made him a man for all seasons. He can break any of those forms down to their essence (Harvest Moon, Prairie Wind) or mix them up (On The Beach, Tonight’s The Night) in the spirit of love, moral outrage or vindictiveness.

Young’s cross-generational appeal is a testament to his ability to connect. Whether it’s embattled farmers in the Midwest or punk-fuelled slacker kids of the cities, ageing hippies or roots music purists. Everyone can find something in Young’s music and it boils down to that musical connectivity – honouring tradition and the originators while still pushing forward with honesty, musical freedom and integrity.

+ Originally published in my ‘Waitin’ Around To Die’ column in Rhythms Magazine.

One thought on “My Gateway Drug to Americana Music”

Rich White Honky Blues, the new Dan Auerbach-produced album by @officialhankjr is out on @easyeyesound on June 17th.
🎶 The forthcoming new @drivebytruckers album on the PTW stereo today. Review on the horizon!
The Legend Of Jesse James. That time in 1980 when Glyn Johns produced and engineered the songs of Paul Kennerley and pulled in the talent of Levon Helm, Emmylou Harris, Johnny Cash, Charlie Daniels, Jesse Ed Davis, Bernie Leadon and Albert Lee.