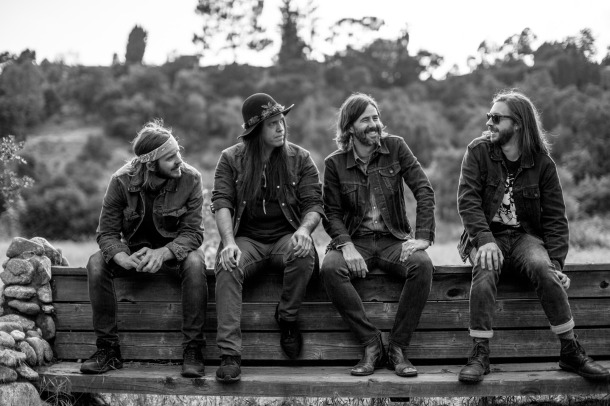 Cave Flowers nail that freewheeling’ guitar sound we love so much. Gritty country and grainy rock ‘n’ roll mixed and agitated into one rambling groove. Top vocal sound from Andy McAllister too. It all adds up to a glorious Rolling Stones meets Drive-By Truckers and Lucero sound.

Originally from Seattle, McAllister released three albums with his previous band Vanish Valley, before he found himself drifting around Los Angeles – dreaming of putting together a group that would realise the laid-back California country sound of his new songs.