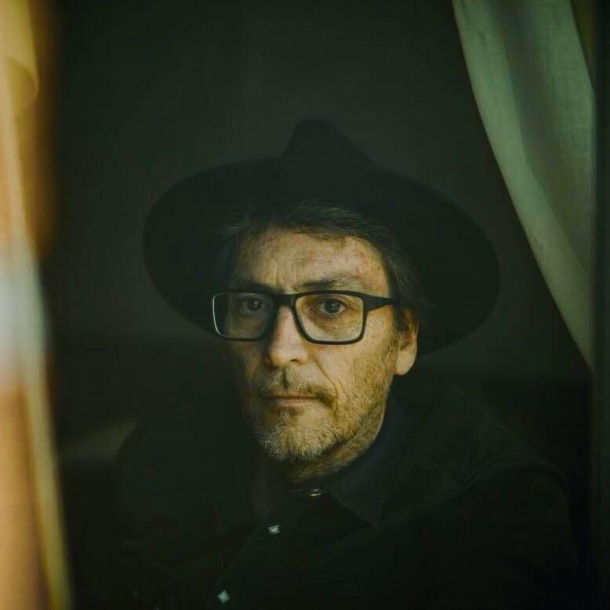 THE ALT-COUNTRY ENIGMA THAT IS FALLON CUSH

A strange name and an intriguing album title to match. Songwriter Steve Smith leads us into the shadows of Fallon Cush’s new album where its mysterious themes are matched a colourful sonic palette and infectious melodies.

Fallon Cush – It’s a name that rolls off the tongue but doesn’t throw up any immediate associated imagery or indication of what a band with that moniker might sound like. Talking with the Sydney group’s head honcho Steve Smith, it quickly becomes clear that that’s how he likes it.  He’s been around the Australian music scene for a number of decades, releasing a solo single ‘Don’t You Wish’ / ‘Tears’ in 1988 and playing with jangly indie band Catherine Wheel before taking a break for an extended period. “I earned a reputation in his early years for abrupt disappearances at inopportune times,” says Smith.

Smith has made up for any lost time with Fallon Cush. Five albums in eight years and the latest, Stranger Things Have Happened may well be the finest example of his and the band’s ability to fuse alt-country, power pop and indie rock (think Wilco and The Jayhawks) into one seamless, kaleidoscopic mix of melody and verve. The way the sound and styles sit together so comfortably is, in Smith’s view, a result of the band’s time together.

“For the first time Fallon Cush was a functioning band with this line-up of me, Suzy [Goodwin, backing vocals], Casey [Atkins, guitar) Tim, Pete [Marley, bass] & Russ [Crawford, drums] having played quite a few shows over the past couple of years. Just having a settled and quite formidable rhythm section in Pete and Russ makes such a difference to the cohesiveness and vibe of the record.”

That title, Stranger Things Have Happened, is another element that ties into themes of mystery and weird occurrences and it was real life which dictated to Smith how the subject matter of the record came together. “I thought I’d been through ‘strange’ before but the things that were happening and the situations I was finding myself in felt stranger than ever,” he explains ominously. “Everything felt off kilter there for a while and I started to think inter-connected in some mysterious way that I couldn’t get a grip on. It felt like it was all heading off a cliff. As a way of sort of running up the white flag to it all I decided as we got towards the end of the record to rewrite a lot of the lyrics I had, whole songs in some instances and the record essentially ended up being based on or inspired by some of the things that were going on and my feelings or reaction to them.”

Heading into this new album, Smith tried a few different things in terms of both songwriting and recording. “Lots, too much probably.” he laughs. “In terms of songwriting I decided to ditch the “songwriter chords”. If one of those bizzarro things crept in I’d work out what the chord was in its simplest form and go with that, even if it sounded less interesting played on an acoustic,” he reveals. “I wasn’t 100% successful in getting them all out but stripping that part of the equation back feels like it gave the songs a stronger base or foundation and a degree of simplicity which I was looking for.”

When the quintet hit Endomusia Studios in the Blue Mountains of NSW they’d done more work than ever before in getting the songs match fit and ready to record. “All the other Fallon Cush records were pieced together from the ground up in the studio which was fun and I couldn’t have done this record unless I’d done the others in that way but realistically you’re probably always going to be a little short on vibe no matter how good everyone is doing things that way. It’s hard to beat playing in a room together.,” Smith emphasises. “This time we were able to rehearse the songs and played a couple live before going into the studio and it’s a more energetic record as a result!”

“It was also a pretty laid back record to make,” says Smith, reflecting on the experience working primarily with engineer and mixer Josh Schuberth plus additional recording with Michael Carpenter at Love HZ Studio. “We all know each other pretty well so there was no “studio-fright”. That combined with being up the mountains, able to see the outside world from Josh’s studio contributed to a very relaxed and creative environment.”

Stranger things may have indeed happened but this album finds the band unlocking the secret of how to most effectively combine their influences and abilities, with quite wonderful results.

🎶 The sublime sound of @georgiastateline on the PTW turntable this morning. A beautiful coloured pressing too. Courtesy of the fine folk at @cheatin_hearts_records #australianamericana
🎶 Starting the day at PTW HQ with the new Deluxe Edition reissue of Nancy & Lee. #hiresaudio #24bit96khz
Rich White Honky Blues, the new Dan Auerbach-produced album by @officialhankjr is out on @easyeyesound on June 17th.