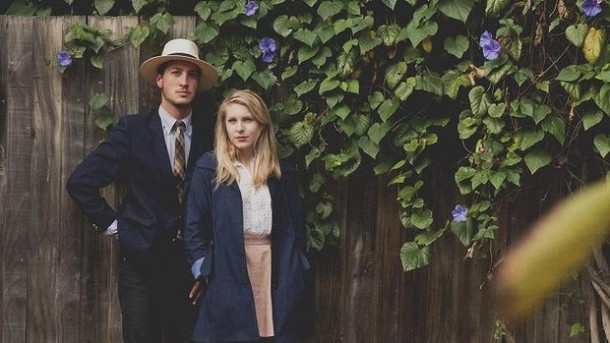 Skyscraper Stan made his way up from Melbourne to play support and he did a sterling job, setting the scene with just his guitar, voice and self-deprecating humour. Impossibly tall, hence the nom de plume, and possessing a deep, richly-toned voice he played a set that showed his impressive lyrical ability, dissecting and poeticised topics such as unhealthy relationships and the daily grind of finding a job.

New Zealander Marlon Williams has quickly made a name for himself within the Australian alt-country/scene as a talented troubadour and a devastating interpreter of song with a voice that draws comparison to greats like Roy Orbison and Jeff Buckley. He gave the three quarter full room a selection of his own songs peppered with covers that ranged from traditional folk songs to a jaw-dropping take on Leonard Cohen’s ‘Bird On A Wire’. From upbeat songs about cocaine to the closing ‘When I Was A Young Girl’ he transfixed the audience with his vocal range, control and emotion. It was a stunning performance that reinforced the view that Williams is currently the finest in his field.

Melody Pool may have felt nervous about following Williams but she showed no sign with an assured, graceful and hypnotic set. Amid songs from her album The Hurting Scene she debuted a new song after banter and encouragement from the crowd and it was a a strikingly frank and confessional song. Living up to her name, her singing was note perfect and effortlessly wove bewitching melodies that had an optimistic quality in contrast to the generally sad and melancholic nature of her songs. Williams returned at the end of Pool’s set to duet on three songs that included one her grandmother sang in a 1930s singing competition and it summed up a superb evening of intoxicating, timeless music.

this review was first published in The Music