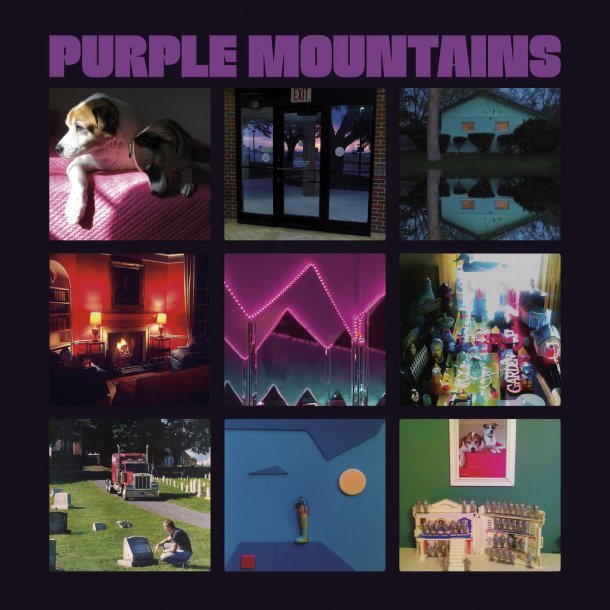 When indie rock and Americana music crossed paths and found common ground in the 90s, a group of songwriters emerged who shaped exquisite songs from literate, clever, dark and humorous poetry – blending it with electric and acoustic instrumentation. It was a new kind of country rock and intellectual folk music. Names like Bill Callahan (Smog), Will Oldham (Bonnie ‘Prince’ Billy), Kurt Wagner (Lamchop) and David Berman (Silver Jews). The last of those songwriters quit the business a decade ago, throwing dirt on the name he’d recorded under for 17 years.

Now we have Purple Mountains and what a return it is. There’s no whiff of an artist having a second bite at the apple with lesser powers and diminishing returns. He’s right at the top of his game, with a synchronistic balance between his lyrics and the music (courtesy of the playing and production of Woods’ Jarvis Taveniere And Jeremy Earl) and a consistent quality across all ten tracks.

Studied melancholy has always been Berman’s thing and here it’s no different, though amid the frank admissions and heartbreaking confessions there are glimpses that, despite the dark depression that haunts him, Berman has come through the last decade and found himself in a better place – comparatively speaking. ‘That’s Just The Way That I Feel’ is a returning welcome note, a stepping-off point that sets out his mindset and finds him rationalising his return. “I spent a decade playing chicken with oblivion” he reveals over a Dylan-esque country rambling backdrop.

Like Callahan’s new analysis of his middle-aged situation, Purple Mountains is a declaration of time, place and state of mind. A marriage that fractures yet still lingers on in some form, a heartbreaking paean to his mother who recently died. The album concludes with ‘Maybe I’m The Only One For Me’ and his suspicion that he’s best suited to the solitary life. The upbeat and sprightly piece of music uses that fine country trick of juxtaposing heartache with a toe-tapping tune. Right across the album the blend of classic country tropes, baroque folk and gentle and subtle soul elements perfectly suit Berman’s warm and weathered tone and cadences.

An exercise in arch self-analysis, Purple Mountains poses as many questions as it answers. It’s both universal and nakedly personal. It’s funny and entertaining too. It’s also a faultless and highly compelling record and the towering pinnacle of Berman’s work to date.